Butterfly numbers up in the UK due to heatwave 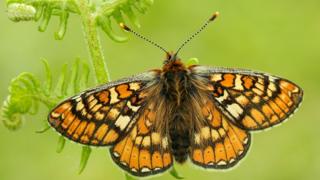 Well it was pretty helpful for some species of UK butterflies, leading to a record year for some.

Results from an annual survey conducted by thousands of volunteers, suggest more than two thirds of species were seen in higher numbers than in 2017 - including the rare large blue and the common white species.

However, 2018 was still only an average year for butterflies and experts warn two thirds of species remain in decline long-term.

The Big Question: How do butterflies get their patterns?

Giant bee as big as a thumb rediscovered in Indonesia