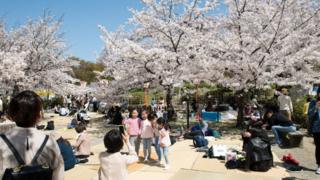 Getty/NurPhoto
These children are enjoying hanami with their family

Cherry blossom, or sakura as it's known in Japan, is a big part of Japanese culture.

People from all over the country (and the world!) normally come together to celebrate the blooming of the flowers, by visiting parks and throwing big picnics called hanami, and eating special blossom-themed food.

This year coronavirus restrictions mean that people are not allowed to get together for family picnics and tourists are not able to fly to the country to see the blossom.

People will be able to see the blossoms on walks but the usual celebrations won't be happening this year.

But why do people celebrate the flowers, and why are they special to Japanese culture? 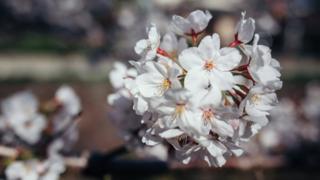 Sakura is the Japanese name for the flowers which grow on the cherry blossom tree.

The flowers bloom once a year, and the most popular variety of tree is called the Somei Yoshino, which produces pale pink flowers. 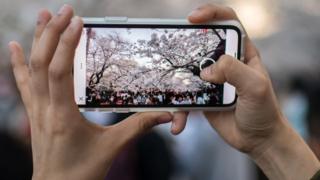 When does it bloom?

Sandwiched between the dark cold winters and the sweltering hot summers, sakura season marks the beginning of spring in Japan.

The pretty pastel flowers bloom across the whole country, starting in the south of the country in Okinawa, around January/February time, then moving north and finally reaching the top of Hokkaido in May.

The peak or best time for viewing the flowers is around March-April time.

However, sakura only bloom for a very short time, around a week - two weeks, before wilting.

So people follow special sakura weather reports carefully, to find out when the flowers are 'kaika' (blooming) and 'mankai' (in full bloom) before they disappear! 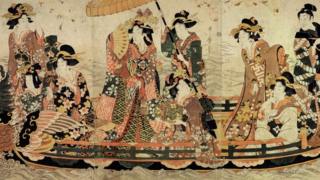 When did the celebrations start?

Sakura is a massive part of Japan's culture and history.

In ancient Japan, farmers used the blooming of the sakura flowers to help them know it was time to plant their rice crops.

The flowers were considered to be a representation of spring, hope, beauty and new life.

Blossom viewing in Japan first started in the Nara period of Japan's history (710-794). 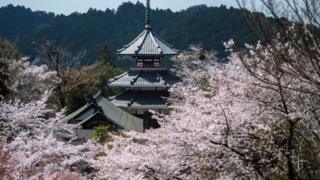 But Emperor Saga and the Imperial Court started throwing picnics and flower-viewing parties, called hanami, around the Heian period (794-1185).

From there its popularity spread to samurai's and commoners, and it became a tradition which was celebrated every year.

More trees were planted to encourage the picnics, and poets and musicians to write about their beauty.

Since then sakura has been used in songs, military, anime, art, and it is even the basis for the new Tokyo 2020 Paralympics mascot "Someity". 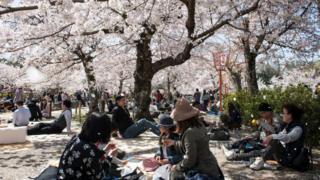 How do people celebrate it?

Usually people flock to parks full of the cherry blossom trees, and have picnics or hanami celebrations under the trees with their friends and family.

This can get very competitive, as everyone wants to get the best spot! - So some people put down their picnic mats down super early. 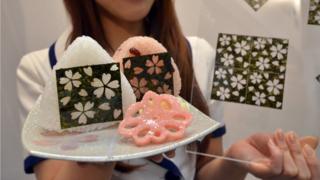 Getty/YOSHIKAZU TSUNO
Some cherry blossom themed onigiri, which are rice triangles stuffed with different fillings and wrapped in seaweed

Traditional clothing covered in sakura prints, like kimonos, are also worn by some people.

People from all over the world also enjoy visiting Japan during sakura season, to celebrate spring and take pictures with the blossom but travel restrictions mean that this can't happen this year.

Blossom: Which is your favourite flowering tree or bush?

Cherry blossoms in Japan bloom early for a sakura surprise!

What is happening in Jersey?