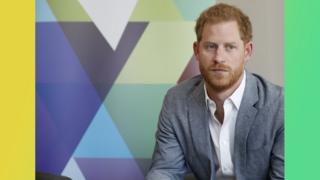 Duke of Sussex Prince Harry has warned that social media can be "dangerous".

The prince made the comments in a meeting about young people's mental health in west London on Wednesday.

He also said the platforms can be "addictive" and that they are all the more dangerous "because it's normalised and there are no restrictions to it".

Prince Harry was talking about how social media platforms can have a harmful affect on young people's mental health and how it's really important for young people to talk about how they're feeling.

"There's too much negativity surrounding mental health and it must be so hard for young people to talk about it," explained Prince Harry. 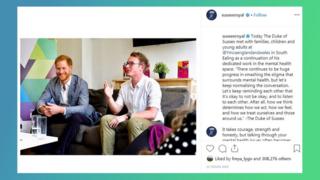 Instagram/@sussexroyal
This is the latest post shared to @sussexroyal's Instagram account, which references the meeting at which Harry discussed the mental health of young people and made comments about social media

It was recently announced that Prince Harry and his wife Meghan have joined Instagram.

In a post on their new account, he said: "There continues to be huge progress in smashing the stigma that surrounds mental health, but let's keep normalising the conversation. Let's keep reminding each other that it's okay to not be okay, and to listen to each other."

"Just like physical exercise, which we all know is good for us, we have to care for our minds as much as we do for our bodies," added the Duke.

The importance of talking about how we're feeling is a topic that Newsround covered as part of a special programme about mental health, which you can watch here.

What can you do if you see something scary online?

Mental health: Why is it hard to talk about problems?