Scientists working on eco-friendly windows made from wood 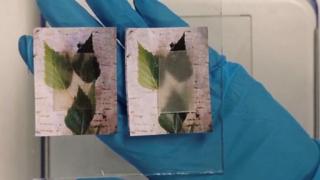 Wood is a classic building material which has been used for thousands of years... but not often for windows, given that it can't really be seen through. However, scientists now say it could be used to replace glass.

Researchers at Wallenberg Wood Science Center in Sweden have created a new kind of see-through wood!

They've also coated it in a special material called polyethylene glycol or PEG. The substance, which is also found in toothpaste, makes the wood a good insulator which means it is able to keep heat in or out.

So, the newly treated wood is now not only see-through but also has amazing heat capturing properties.

Windows of the future?

The technology is still being developed but scientists hope that wooden window panes will become a reality in the future.

They say there are lots of benefits to using this type of wood to replace glass windows in buildings.

They say the new material would be much more friendly to the environment because it is bio-degradable, unlike concrete and glass and it is much times better at insulating than glass is.

Lead scientist, Céline Montanari said "When we build we try to use a lot of glass, but it has a drawback of being a bad insulator, so there are large amounts of heat loss." 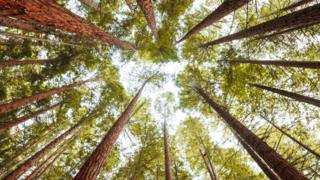 Getty Images
Trees have been used to build things for thousands of years, but only through science could we make them into something like a window

Transparent wood is not new, three years ago, a different team led by Dr Lars Berglund developed it. They did this by removing something from the wood called Lignin.

But, this is the first time wood has had the added layer of PEG. The coating is designed to strengthen the wood and keep buildings cool in hot weather and warm in cold weather. 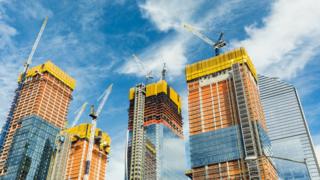 There's only one problem, the coating makes the wood less easy to see through.

So Montanari and his team are hope that by making changes to the chemistry and trying different species of wood could change that.

The castle made out of plastic bottles!

Ash dieback: What is the disease and why is it threatening UK trees?