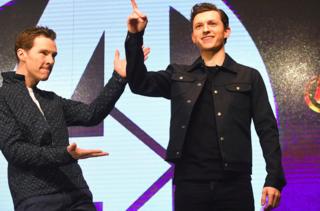 If you're a fan of the web-slinging wall-crawler and the Marvel universe, you'll know that the Spiderman star is pretty terrible at keeping secrets. Which is ironic, considering Spiderman is one of only a few Avengers with a secret identity.

Tom Holland's reputation for giving out spoilers is so bad that Avengers: Endgame directors Anthony and Joe Russo haven't given him the script.

"Yeah, Tom Holland does not get the script," Joe Russo said. "Tom Holland gets his lines and that's it. He doesn't even know who he's acting opposite. We use very vague terms to describe to him what is happening in the scene, because he has a very difficult time keeping his mouth shut."

5 things we learn from the new Spider-Man trailer

It's not the first time that Marvel has put measures in place to control Tom. Doctor Strange's Benedict Cumberbatch had to keep Holland company while promoting Avengers: Infinity War to make sure he didn't slip up. On another occasion Holland accidentally took his Infinity War script home. When he realised he shouldn't have taken it, he decided to burn it!

However, there have been several moments where Holland couldn't control himself and accidentally spilled the beans. 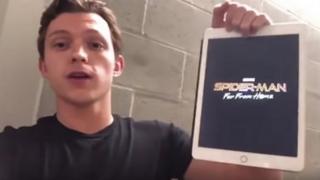 As speculation about the new Spiderman movie increased, Tom Holland took to his Instagram to speak to fans. While he admitted that he didn't have any updates about Spider-Man: Homecoming 2, he then showed fans a tablet with the script's front page on full display, revealing to the world that the film would be called Spider-Man: Far From Home.

So it seems Marvel has lots of plans for Tom in his iconic red and blue tights. At least, that's what the actor accidentally let slip during press interviews. The young actor revealed to the world that Marvel is planning a trilogy of films to focus on the adventures of Peter Parker. Holland realised he had given out another secret, but by then it was too late and the secret was out. 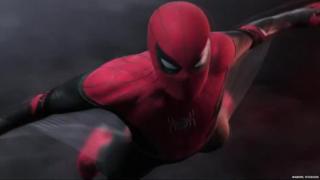 At a special screening of Infinity War in Hollywood, Tom Holland was introduced to a packed cinema eagerly waiting to watch the movie. The young actor jumped out and shouted "I'm alive!" which, spoiler alert, he is definitely not at the end of the film.

Clearly confused he then asked the audience if they have already seen Infinity War. They hadn't. Awkward.

Potential spoilers ahead... Skip this part if you want to avoid any possible leaks.

Ok, you've been warned... Tom Holland recently talked about the new movie and briefly discussed being in the Quantum Realm which was seen in the recent Ant-man and The Wasp movie. We don't know exactly what this means, but could this reveal how Peter Parker survived the events of Avengers: Infinity War?

As we head towards the release of Avengers: Endgame, Marvel is doing all it can to keep the events of movie secret. In an effort to keep the film spoiler-free, directors have confirmed that they used some fake footage in the trailers.

However, when it comes to loose-lipped actors, we're looking at you Tom Holland, the film-makers will be hoping that their friendly neighbourhood spoiler-man can keep tight lipped this time.