Tottenham Hotspur's new stadium: What you need to know 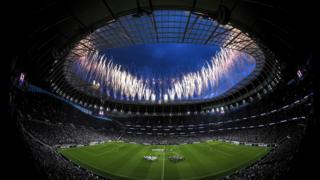 Called the 'Tottenham Hotspur Stadium' it's been built on the site of the famous old White Hart Lane site.

Spurs' new stadium is now the second largest club ground in the country, behind Old Trafford in Manchester.

Here are a few more things you might not know about it:

The new stadium is thought to have cost around £850 million, slightly more expensive than the £789 million to build Wembley.

It was first estimated to cost around £400 million, but in 2017 it was reported it would actually be nearly double that. 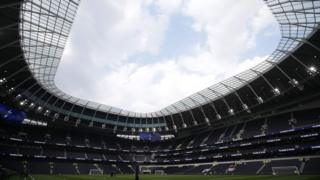 It is strictly contactless payments only at Tottenham Hotspur's new stadium.

The new ground will be the first in the country to not accept coins and notes, with 878 payment points around the stadium.

Fans, lots of them

A whopping 62,062 fans can fit into the new ground, making it second largest club ground in the country, behind only Manchester United.

Their rivals at Arsenal's Emirates Stadium and West Ham's London Stadium can only contain around 60,000 fans.

In the South Atrium there's a commemorative plaque where the centre spot at the old ground used to be.

The famous cockerel statue that perched above White Hart Lane has been made bigger and now sits on top of the South Stand at a height of 4.5 metres. 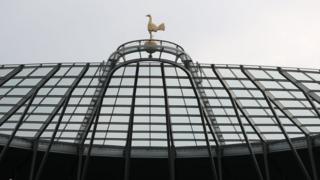 The South Stand has two big screens measuring 325 metres on each side - the largest in western Europe.

To match the big screens acoustic experts have specifically designed the home stand to help deliver the best possible sound and atmosphere.

With a pitch that can be moved out of the way and a sunken artificial surface, the new ground can also host American football games.

When the grass pitch isn't needed, it can stay in the car parking garage for up to 10 days with LED lighting, cooling and watering systems.

Distance from the pitch

Spurs fans will be much closer to the action than their London rivals, with the maximum distance from the pitch to the stand measuring 7.9 metres.

The furthest distance at the Emirates is 13.8 metres and 18 metres at Wembley.

Obviously, if you're not in the front row... this might not be that important to you! 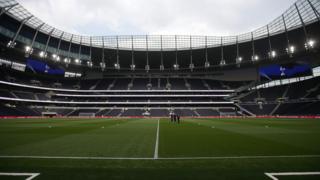