Fancy a 'meatless' burger which tastes of meat? 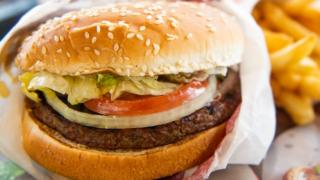 It seems more and more restaurants and fast-food chains are jumping on the veggie, vegan, and environmentally-friendly bandwagon.

Interest in plant-based food is booming. We've had the Greggs vegan sausage roll, a bakery selling insect cakes and even insect dog food!

Well, Burger King is trying to step up to the plate with a new item on the menu called the Impossible Whopper.

It's made with plant-based patties but is designed to taste like a beef burger.

What is a vegan? 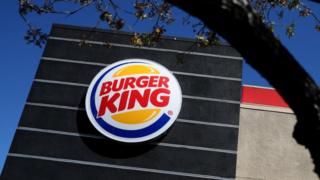 The new burger is being trialled in the city of St Louis in the US.

Unlike existing veggie burgers, it's made to have the look, texture and taste of meat when cooked, and includes the same level of protein and iron as beef.

The products are produced by Impossible Foods, a company in Silicon Valley in the US. 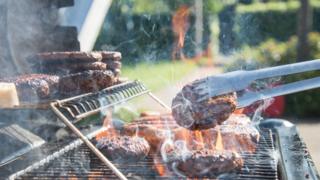 The trial is designed to encourage vegans, vegetarians and environmentally-conscious meat eaters to visit the chain.

They use special technology to create food without the environmental impact of meat.

The United Nations says farmed livestock makes up 14.5% of all man made greenhouse gas emissions.

A single cow gives off enough harmful methane gas in a single day to fill around 400 litre bottles! Pooeee! Now that's smelly and really bad for the environment.

So will the 'meatless' burger be as good as the real deal? Only time will tell!

McDonald's has changed the Big Mac, here's five other other recipe remixes