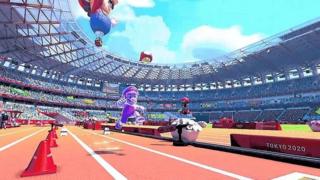 Mario and Sonic are to go head-to-head again in a new game for the Tokyo 2020 Olympics.

Announced during Sega Fes 2019 stream, the game will come to the Nintendo Switch later this year, with an arcade game following in 2020.

Sonic will be getting a mobile spin-off all to himself on iOS and Android devices, too.

Gambling and gaming: Is this a problem for children?

Sega has listed all four of the upcoming Olympic games they are developing on the official website for Olympic video games:

Mario and Sonic at the Tokyo Olympics is nothing new, the first time the Sega and Nintendo characters crossed over in the name of sporting glory was back in 2008 to mark the Beijing games in China.

The first game in the franchise, released on the Wii, marked the first official time the two popular characters had teamed up for a video game. The original game, Mario & Sonic at the Olympic Games, was a huge hit selling more than 7 million copies on the Wii.

From cards to cartridges, check out the history of Nintendo here. 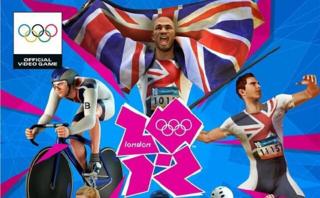 Mario and Sonic isn't the only video game to be made in honour of the Olympics. Sega has often brought out official titles for the games, such as London 2012 and Beijing 2008. But the list of Olympic inspired games doesn't end there. 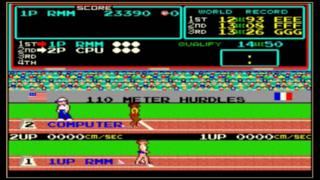 The Track and Field video game series has lasted over 30 years. Developed by Konami, the Olympic-themed sports arcade game was released originally in 1983.

Possibly the only video game that wears you out as much as the real life sporting events it's mimicking. Track and Field redefined the phrase 'button-bashing', as players competed in a series of events, most involving alternately pressing two buttons as quickly as possible to make the onscreen character run or swim faster. 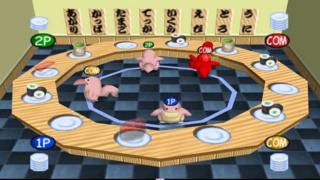 The original Pokémon Stadium game on the Nintendo 64, featured the pocket monsters battling each other in huge arenas. However, along with the main game mode came a series of mini-games.

This popular feature was a Pokémon/Olympic style mash-up, where players would compete for gold, silver and bronze medals, using the little creature's special abilities to win in specific events.

For instance, there was a Magicarp 'splash' game where the little fish monster had to jump the highest, there was also more unconventional sporting events such as one mini-game where a Lickitung had to eat the most sushi. 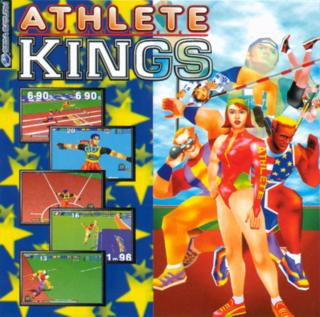 Olympic themed video games have been around for a while. Athlete Kings repeated button bashing for gaining speed, and timed single button presses for jumping, in a similar style to Track & Field. However, when the game was released back in 1996 it was 3D, which was a big deal in the 90s! 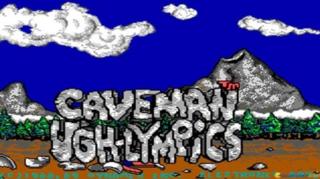 Now we're getting really retro! Caveman Ugh-lympics came out over thirty years ago. An Olympic-themed sports game set in the Stone Age that your mum, dad maybe your grandparents might've played.

The game featured several sporting events with a caveman twist, such as Dino Race, where the player sits on a dinosaur and races against an opponent, avoiding obstacles on the course. There was also a sprint race while be chased by a sabre-toothed tiger.

Maybe one day we could see an Ugh-lympic remake?

The in-game fees that could catch you out

Online game streaming: How big a problem is bullying?

The school where gaming is part of the lessons