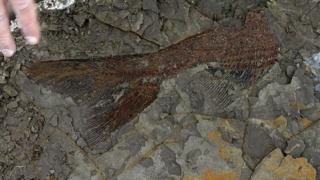 Imagine finding fossils which are a whopping 66 MILLION years old!

Well, that's what scientists in the US have just done. They discovered the fossils of a range of creatures that died minutes after a huge asteroid hit the Earth 66 million years ago.

The team of palaeontologists from Kansas University say they found lots 'of exquisitely preserved animal and fish fossils' in what is now North Dakota, in the US.

These preserved fossils date back to the Chicxulub event, which is when a giant asteroid hit the Earth.

It was the largest event ever known to impact Earth and destroyed 75% of the planet's animal and plant species, including the dinosaurs.

Meet the T-Rex's older (but much smaller) brother

this particular event is tied directly to all of us... Nothing was the same after that impact. It became a planet of mammals rather than a planet of dinosaurs 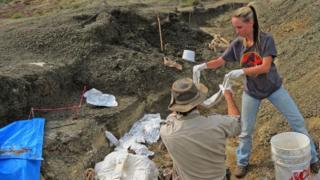 What was the first dinosaur?

Dippy the dinosaur is on tour in Glasgow