Young inventors: Why you want to change the world 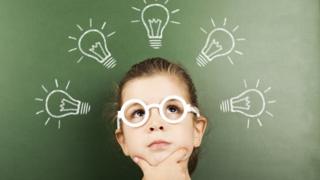 Young people really care about making a positive change in the world.

That's what new research from Disney UK has found.

It shows that of all the world issues that young people in the UK care about, the top three are:

Some of the other things they care about include protecting animals and their habitats as well as boys and girls being treated the same and cleaning plastic from the oceans.

More than five in every eight of the children surveyed (64%) said they believed they had the power to make the world a better place.

And more than nine in ten wished they could make a world-changing invention.

Don't worry about what seems impossible. If you'd told cavemen about travelling to the moon, they would have thought you were having them on!

As part of the campaign, Disney and invention experts Little Inventors want to encourage children to share ideas that could change the world. 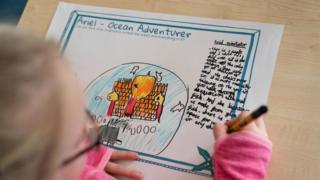 Four-year-old Lys came up with an idea for a bracelet which tells you to pick up litter when you leave the house.

Lys says she wants to change the world "because sometimes people are mean to each other and they don't think about what they're doing."

Every day when I leave my house, I see lots of rubbish in the streets and parks and think it's bad for the environment and wildlife.

Lois, who's eight has come up with the idea for a 'Picker Upper' to help people who have trouble bending down to pick things up.

She thinks "children's ideas are just as good as adult ideas" and she wants to change the world to make it a better place. 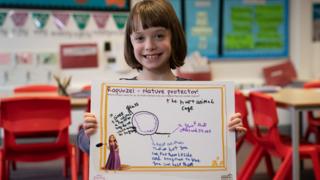 What would you invent to help change the world?

For any other young people wanting to improve our planet, CEO of Code First: Girls Amali de Alwis has this advice:

"If you care about it, do something about it. All great projects start with a first small step. For example, if you care about the environment, start helping your family or school recycle more or reduce energy consumption. If you're worried about online bullying, start by being kind and supportive to kids at school who might be being bullied. Whatever age we are, we have the power to change things and make things better."

What would you invent to change the world? Let us know in the comments below.