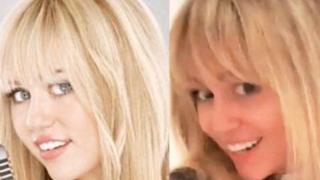 Miley Cyrus has brought back her Hannah Montana look!

In a series of social media posts, the pop star shared put pictures of herself with her hair styled just like Hannah Montana - the Disney show that made her famous in the first place.

The show was on TV until 2011 until Miley left to become a pop star in her own right.

In the show, Cyrus wore a wig when she was Hannah, her pop star persona.

She had her natural brown hair when she was just her normal self, Miley Stewart. 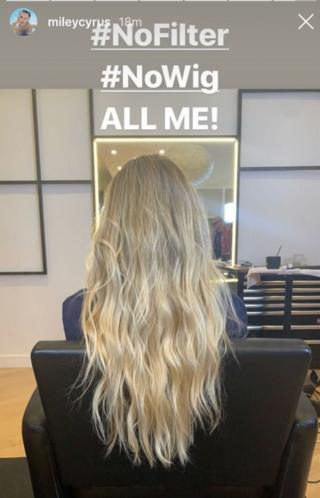 The show Hannah Montana just celebrated its 13th birthday on 24 March and Miley has been talking about it a lot on social media.

It's got some fans dreaming of her making a Hannah Montana comeback.

Earlier in the week, Miley followed a new Hannah Montana page on Instagram, leading fans to wonder if the Disney Channel TV show was going to get a reboot. 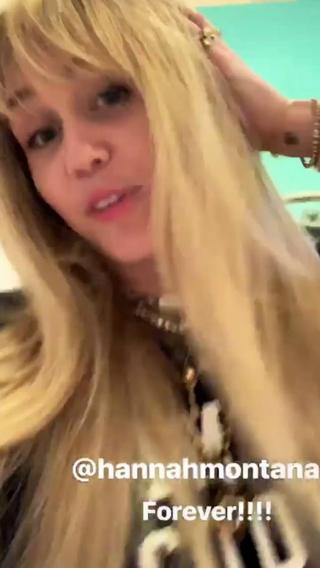 But that's not very likely, given all the other things keeping Miley busy.

She recently got married to married Liam Hemsworth, who starred in the Hunger Games, and has been focusing on her acting and music career again, after standing down from her role as a coach on the US version of The Voice back in 2017.

Miley Cyrus gets first UK number one with We Can't Stop