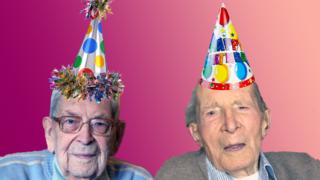 Yes, you read that right. Two men hold the title, and they're both celebrating their 111th birthday today.

Alf Smith from St Madoes in Perthshire, and Robert Weighton from Hull, were born on 29 March 1908.

The men have never met but have sent each other birthday cards in recent years. 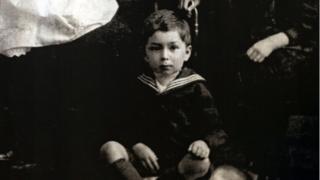 PA
Check out this picture of Robert as a child

They have now lived through two world wars and 29 UK general elections.

Asked what might be the reason for living so long, Alfred said: "Porridge, of course! I like my porridge and I eat it every day."

"That is helpful and having a job you enjoy.

"I like to think I've lived a decent life. I do ask myself - why me? Why have I lived so long when others haven't?"

How do they rank amongst the oldest people in the world?