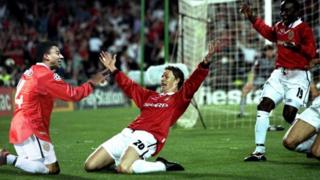 @jesselingard/Twitter
Jesse Lingard has tweeted his support. Can you spot him in the picture?

Manchester United have given Ole Gunnar Solskjaer a three-year contract to make him their manager on a permanent basis.

For many fans this won't be a huge surprise - Manchester United have gone through a bit of a transformation since Solskjaer arrived on a caretaker basis after Jose Mourinho got sacked in December.

But is he the right person for the job?

Have your say in our vote and tell us what you think about it in the comments below.

More on Solskjaer and Man Utd

Is Solskjaer the best caretaker manager ever?

Quiz: Are you a Man Utd superfan? 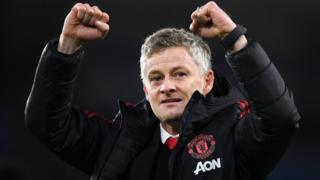 Solskjaer has won 14 of his 19 games in charge, giving hopes of a top-four finish in the Premier League and unexpectedly taking United to the quarter-finals of the Champions League.

Ole told the Manchester United website: "This is the job that I always dreamed of doing and I'm beyond excited to have the chance to lead the club long term."

"From the first day I arrived, I felt at home at this special club. It was an honour to be a Manchester United player, and then to start my coaching career here.

"The last few months have been a fantastic experience," he added.