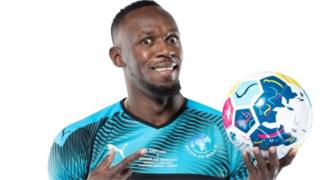 Soccer Aid is back and will take place at Chelsea's Stamford Bridge stadium on 16 June 2019.

The star-studded charity event will feature the likes of Usain Bolt, Joe Wicks and Piers Morgan in a match to raise money for Unicef.

Soccer Aid has been raising money for Unicef since 2006, and has raised more than £20 million in total.

Every two years, a team of celebrities and ex-professionals battle it out in an England verses the World XI match. 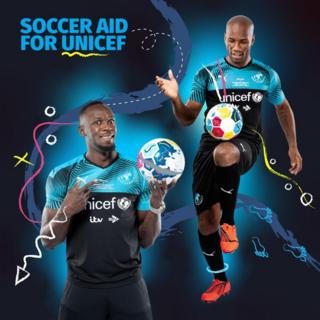 For the first time since 2015, former Chelsea striker Didier Drogba will be returning to Stamford Bridge to play in the World XI team.

This year's Soccer Aid falls on Father's Day so Jamie Redknapp and his dad Harry will battle it out in opposite teams.

TV presenters Piers Morgan and Susanna Reid will help manage - but on opposite sides. 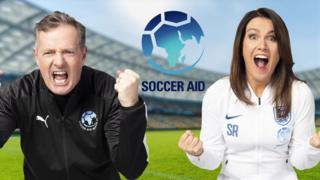 Piers will assist Harry Redknapp in managing the World XI.

Susanna will be Soccer Aid's first female manager when she teams up with Sam Allardyce to manage England.