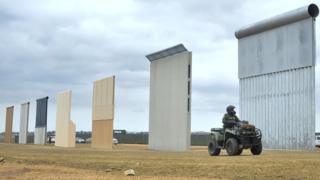 The first funds for Donald Trump's US-Mexico border wall has been given the go-ahead.

The transfer of $1 billion, which is about £758 million, to army engineers has been authorised by the Pentagon - the US department in charge of national security and the American military forces.

The money is the first to be put towards the wall after President Trump declared a national emergency, which allows him to avoid the usual process he has to go through to make rules and get funds.

Building a barrier between the US and Mexico was one of the key promises Mr Trump made during the presidential election campaign in 2016.

More US stories on the US-Mexico border wall

'No evidence Trump worked with Russia to fix US election'

How well do you know your US presidents? 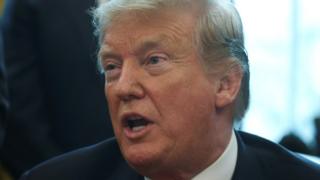 The funds will be used to build the 5-metre high fence, which will be 57 miles long. It will also cover road improvements and new lights.

President Trump has called the situation at the US-Mexico border a "crisis" and says a physical barrier is needed to stop criminals crossing into the US.

But not everyone agrees with him. Some say he has made the situation seem worse than it is in order to get around the rules and get money for the wall.

Donald Trump: Sued by California and 15 other US states

US Shutdown: Government staff return to work after shutdown