Six times people ended up in the wrong place 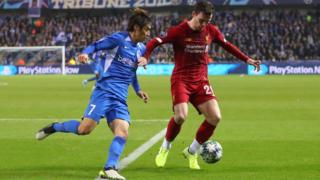 Getty Images
A lot of fans thought this match - in Genk - was played in nearby Ghent!

Some Liverpool fans were left a bit red faced after travelling to Ghent, instead of Genk, for a Champions League game.

Liverpool played Gent, which is in Belgium, but loads of fans thought the game was in nearby Ghenk, which is also in Belgium!

The places do sound really similar to each other, so it's easy to see why some people got confused.

It takes around two hours to travel by car from one location to the other - so fans in the wrong place managed to get there just in time for kickoff, phew!

Here are some other times people ended up in the totally wrong place.

What does a goat mayor do? And other crazy animal jobs

Take a trip to the weirdest roads in the world ever 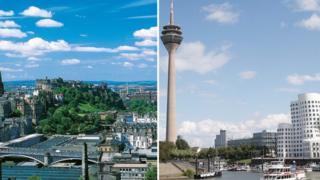 Back in March a British Airways flight, which was meant to go to Düsseldorf in Germany, accidently landed in Edinburgh after the flight paperwork was put in wrong.

The passengers only realised the error when the plane landed and the "Welcome to Edinburgh" announcement was made.

BA say the pilot wasn't lost at any point, but because the paperwork said Edinburgh, the flight simply took that route. 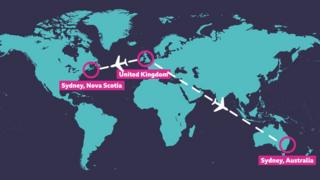 Sydney is one of the top holiday destinations in the world... Sydney in AUSTRALIA that is!

Sydney is one of the steel making capitals of Canada. It's not your usual holiday destination and it's about as far away from Australia as you can get.

Teenagers Emma Nunn and Raoul Christian had booked the holiday online without realising that there was another Sydney in the world. 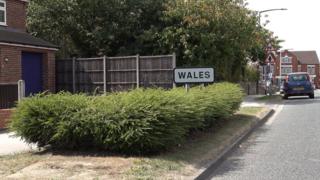 The village of Wales in Rotherham

When you're going on a trip somewhere using a sat-nav, it's probably best to put in the full postcode.

There are lots of stories online where people have typed in a place name and ended up hundreds of miles away.

For example, in 2015, a bunch of Belgium fans wanted to go and watch their country's Euro 2016 qualifying match against Wales in Cardiff.

They decided to drive from Brussels and typed "Wales" into their sat-nav.

Unfortunately, they ended up in a village close to Rotherham called Wales - 200 miles away from Cardiff!

120-year-old letter to Santa found but what's on it? 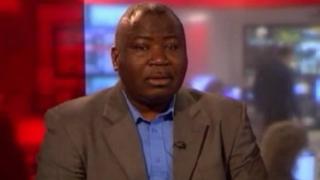 Imagine going for a job interview and accidently ending up on live television.

That's what happened to a man called Guy Goma after arriving at the BBC to have an interview for a job in the company's IT department.

He was in the same room as another man called Guy, who was preparing to go on the BBC News channel as a technology expert.

When the name 'Guy' was called Guy Goma got confused and followed the crew member to the set.

What followed was one of the most hilarious interviews of all time. 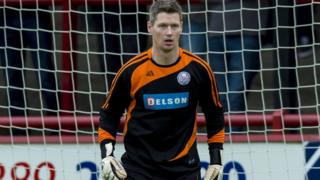 Back in 2015, Brechin City keeper Graeme Smith thought that he had turned up at his side's match with Stenhousemuir for a standard Saturday afternoon between the posts.

Little did he know, he was actually at the wrong stadium. In fact, he was 80 miles away from where he needed to be.

He'd travelled all the way to the ground of Stenhousemuir when his team, Brechin City, were playing at home.

Luckily, Smith managed to get back to Brechin just in time for kick off and helped his team to victory.

A train to nowhere 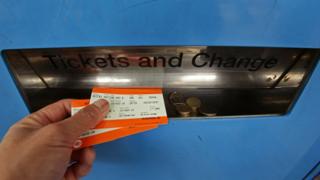 We've all got lost before, it happens to everyone at some point in their lives.

But apparently trains can get lost too... who knew?!

In 2018, a long distance express service from Newcastle to Reading somehow managed to end up in Pontefract, West Yorkshire.

Passengers tweeted on social media that the train had taken 'the wrong turn' on the 300 mile trip.

The train eventually managed to find its way to Sheffield in South Yorkshire but passengers had to get on another train to finally make it to Reading.

The Big Question: How do planes fly?