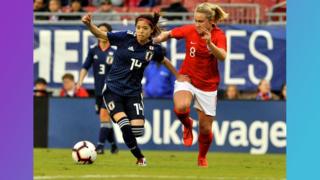 Fifa has received a record number of expressions of interest from countries wanting to host the 2023 Women's World Cup.

Countries have to submit their full bids by 16 April.

So far, the following countries have expressed in interest in hosting the event:

This is the most expressions of interest put forward for the Women's World Cup, since it started in 1991.

What are the Special Olympics?

Next month, countries which have expressed an interest will be sent a full list of all of the requirements to host the event. Fifa will then visit the potential hosts at the end of this year.

A group called the Fifa Council will decide which country will get the honours. This is expected to be announced in March 2020.

The 2019 World Cup takes place in France between 7 June and 7 July.

Where would you like to see it held and why? Let us know in the comments below!

Super Bowl 2019: Highlights of everything except the football!