David Attenborough's Our Planet on Netflix: Everything you need to know

In November 2018, it was announced that Sir David Attenborough would be narrating a brand new series on Netflix all about our planet.

Now, we have some more information about it.

1. It will be called Our Planet and it will tell the story of "the beauty and fragility of our natural world". Speaking at a World Wildlife Fund (WWF) event in November, Sir David said it will "take viewers on a spectacular journey of discovery".

2. There will be eight episodes in total.

You'll be able to control Bear Grylls in his new show

3. It is Sir David's first Netflix series, following his most recent BBC series about the natural world called Dynasties.

4. The show is a team effort between Netflix, the WWF and a company called Silverback Films.

5. Silverback Films' director Alastair Fothergill made Planet Earth and The Blue Planet for the BBC, so we can expect something on a similarly epic scale. 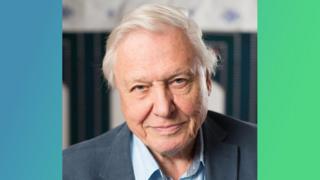 6. We know that big-budget nature programmes take a long time to make - and Our Planet was no different. The show took four years to film.

7. Sir David's voice has millions of fans around the world, but the series won't just be featuring him. It was announced that Our Planet will feature local narrators in ten other languages including Spanish-language narrators and actresses Penelope Cruz for Spain and Salma Hayek for Latin America.

8. In the trailer, we see a whale having a bath, a leopard having a kiss, a baby gorilla pretending to be a backpack and approximately 2,345,004,356 leaves, according to Netflix. (We wonder who had the job of counting those!)