Ariana Grande Sweetener: 7 things that happened as her tour started 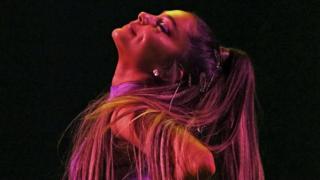 It's been a hectic few months for Ariana - releasing hit after hit, winning awards, and breaking records practically non-stop.

After all that, most of us would probably could do with a rest - but not Ariana! She's off on an 80-date world tour.

In fact, she's been so busy making new music, that although this tour is named after her old album Sweetener, she'll also be singing big hits from the Thank U, Next album as part of the show.

The first date on the World Tour has taken place in Albany, New York giving us a taste of what to expect when the show comes to the UK in August. 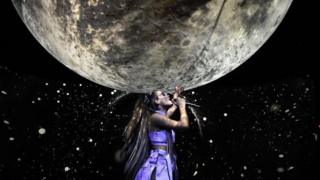 The star performed on a stage built around two massive spherical video screens, which meant she could create amazing effects like this planet coming out of the sky for her God Is A Woman performance.

She also had an army of dancers on hand to make sure everything was banging on the big night. 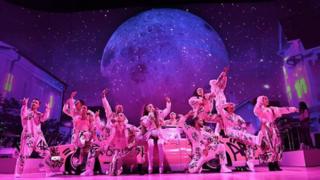 Ariana Grande/ Instagram
Ariana and her dancers all jumped on top of this pink car during the show
2. Ariana showing off her acting skills

We've already seen Ariana recreating famous scenes from big 1990's films like Clueless, 13 going on 30 and Mean Girls as part of her Thank U, Next video.

Now she's at it again. This time she's recreated a scene from the 2003 film Bruce Almighty in a short video shown while an on-stage set change was going on.

She started her career as an actress on Nickelodeon's Victorious, so it shouldn't be surprising she still enjoys trying out a bit of drama from time to time. 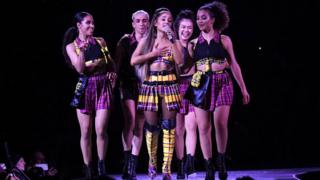 Getty Images
Like in the Thank U, Next video, Ariana and her dancers dressed as characters from the film Mean Girls
3. Songs? These were 'Successful' in making it to the stage

Raindrops (an Angel Cried), God Is a Woman, Bad Idea, Break Up With Your Girlfriend, I'm Bored, R.E.M, Be Alright, Sweetener, Successful, Side to Side, Bloodline, 7 Rings ,Love Me Harder, Breathin, Needy, Fake Smile, Make Up, Right There, You'll Never Know, Break Your Heart Right Back, NASA, Goodnight N Go, Everytime, One Last Time, The Light Is Coming, Into You, Dangerous Woman, Break Free, No Tears Left to Cry, and Thank U, Next.

Ghostin' and Imagine won't be performed during any of the shows. Why?

During a sound check on Monday, Ariana apparently said they were left off the list because they were "too heavy" to play live. 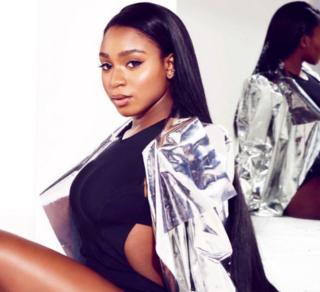 Someone needs to warm up the stage before the main act and during the Sweetener tour there will be not one but two acts taking on the job.

So who are they? The first is pop duo Social House, Los Angeles-based musicians, writers and producers Michael "Mikey" Foster and Charles "Scootie" Anderson who co-produced Ariana's Thank U, Next single.

The other is Normani, who was formerly a member of the band Fifth Harmony. She surprised the audience with a four-song Rihanna medley in the middle of her set. 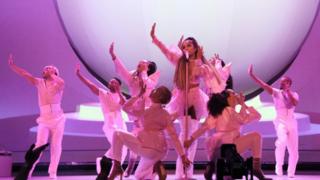 This one wasn't planned, and unless Ariana is pretty unlucky, probably won't happen again.

But fans at the New York show got to take part in some spontaneous karaoke during Thank U, Next when Ariana's microphone stopped working.

Thankfully, the audience were on hand to shout the words for her until she got a new microphone when the second verse kicked in. 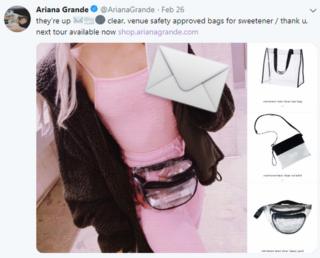 Before the tour began, Ariana revealed fans must only bring clear bags in a bid make the concert safer and more efficient for everyone

Writing on social media, she said: "Dear Sweetener/ Thank U Next tour audience friends, we're sending out emails soon encouraging you to order a clear bag to bring your things into the venues as security is going to be very precise and smooth but for sure super strict."

She added: "My team n I appreciate it very much! PS: any clear bags within a certain size are totally fine to bring if you already have your own, I just wanted to make sure you saw these and knew about all this ahead of time so everything can go as smoothly and safely as possible."

"They're super cheap and simple but having them ahead of time will for sure help things go as smooth as possible so if you see this in your emails please don't ignore it!" 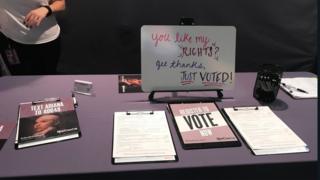 Registering to vote isn't something you'd generally be thinking about at a music event, but Ariana fans will this time around.

Ariana has partnered with an organisation called HeadCount to set up voter registration booths at her concerts, to try and persuade more young people to make their voices heard in politics.

It's likely this could just be something for the US gigs, but we'll just have to wait and see if she tries something similar when she visits other countries during her world tour.

The singer will play the following UK and Ireland dates.

Ariana Grande: Fifth album Thank U, Next is here - what do you think?