Let It Go! Disney's Frozen musical heading to London in 2020 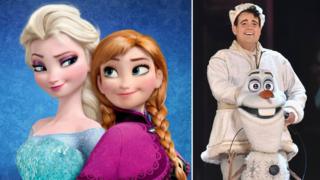 Disney/Getty
Elsa, Anna and Olaf are among the film characters brought to life on stage in the musical

Are you a Frozen fan? Well, you might be pretty excited by the news that the stage show is heading to the UK next year!

The musical opened on Broadway in New York, USA, early last year and will hit London's West End in Autumn 2020.

It is based on the 2013 Disney movie of the same name - the most successful animated film ever.

There will be a brand new British cast for the London show.

When is Frozen 2 coming out? What we know so far

Quiz: How much do you know about Frozen?

Are these real ice castles as good as Elsa's? 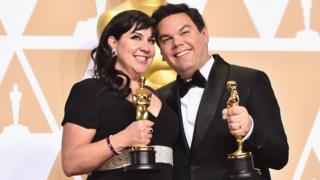 You can expect to hear all the big hits from the movie, such as Let It Go, Do You Want To Build A Snowman and For The First Time In Forever.

But songwriters behind the film's music, Kristen Anderson-Lopez and Robert Lopez, were asked to write some extra songs for the musical too.

Director Michael Grandage said the London production won't be exactly the same as the US version and it, "will offer us an opportunity to make some adjustments, enhance and develop everything." 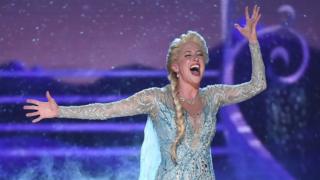 Jennifer Lee, who wrote the script both for the film and the stage, is currently busy working on the Frozen film sequel, which is currently in production.

So don't worry - if you can't get tickets to the London show, you won't have to wait much longer for the next Frozen film!

Disney's Aladdin: Check out the new trailer and songs

Watch the trailer for the new Lion King movie