Shakespeare Week: Everything you need to know 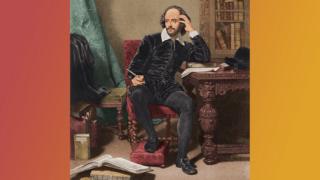 Getty Images
William Shakespeare is one of the most famous playwrights in the whole world - and this week, hundreds of thousands of you will be celebrating his work

This week, loads of you will be celebrating the life and works of William Shakespeare for Shakespeare Week!

Hundreds of thousands of you got involved in 2018 - and we want to know what you're up to this year.

Get in touch below and send in your pictures and videos, or head to the comments at the bottom of this article to tell us what you're getting up to.

And if you are talking about it in class, your teacher can send comments here: newsroundschools@bbc.co.uk 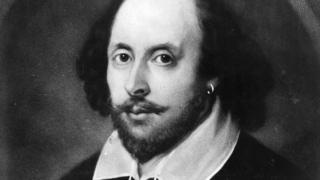 Getty Images
What is Shakespeare Week?

This year, Shakespeare Week takes place from 18 to 24 March, during which almost two million children across the UK will be taking part in events and activities to celebrate the life and works of the English poet and playwright.

It's not just something to celebrate in school, though. Lots of museums and art venues take part, so you can get involved outside of the classroom too.

Currently, around half of schoolchildren in the whole world study Shakespeare and his works every single year.

The idea is that Shakespeare Week is a fun way to interact with the work of Shakespeare from a young age.

Find out more about Shakespeare

Why is Shakespeare so important?

You tell us what's so great about Shakespeare

The world marks his 450th birthday 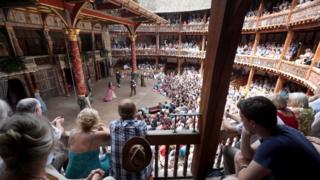 According to the event's official website, a survey published last year showed that three in five primary and secondary schools reported an increase in the numbers of students whose knowledge and understanding of words wasn't at the level it should be.

So this year, in order to "help children across the country find their words", the theme of Shakespeare Week is language and literacy.

One of the events marking the occasion was the Big Shakespeare Debate, hosted by children's author and illustrator Michael Rosen.

Two schools from the North East of England came together to discuss some of the moral issues raised in Shakespeare's play Romeo and Juliet; for example, whether or not the characters were good role models.

Think you know your Shakespeare stuff?

Quiz: Guess the play from the emojis!

Will's Word Warriors will also encourage children to fill in a booklet which looks at how Shakespeare used language in a creative way.

The idea is that you can learn about some of the fun words that Shakespeare used that are not used in common English today. For example, 'drumble' meaning to dawdle or loiter!

Don't forget to let us know what you're doing to celebrate the week!

And if you think you really know your stuff, test your knowledge with this Shakespeare of Fakespeare quiz or see if you can work out the name of the play from these emojis.

Michael Rosen's seven Shakespeare facts you might not know

Shakespeare 'gets to the big stuff really quickly'

Find out more about when he was a child