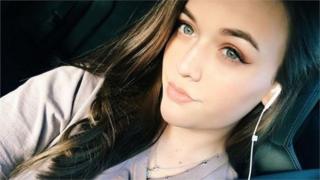 Louis Tomlinson has pulled out of a planned performance at Comic Relief following his sister's death.

Eighteen-year-old Felicite Tomlinson died on Wednesday in her flat in London. Police were called following reports she had suffered a cardiac arrest.

Fans have been showing their support for the former One Direction star with messages of support on social media.

Felicite, who was also known as Fizzy, was an aspiring fashion designer and Instagram influencer with 1.3 million followers.

Here's some advice from bereavement expert Jill Adams if you feel sad or upset after reading this story.

Louis is the eldest of five siblings, including twins under the age of six.

He had been due to perform his new single Two Of Us live on the BBC Comic Relief broadcast on Friday evening.

The song, released last week, talks about Louis's grief over the death of his mum in 2016. 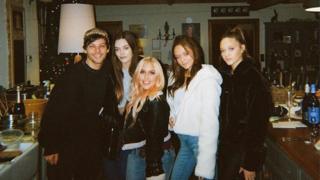 Felicitegrace/Instagram
Felicite posted this image of her and her brother on Instagram back in December, with the caption 'Family'

He said playing the song to his sisters for the first time was "tough" because he "didn't want them to get caught up in the sadness".

But, he said, "as their big brother, if I can sing those words it'll hopefully help them too".

Comedian and TV presenter James Corden, who is a friend of Louis, posted a message of support on social media.

He wrote: "Such incredibly sad news today. You're not on your own in this @Louis_Tomlinson So many people are pulling for you and your family right now x" 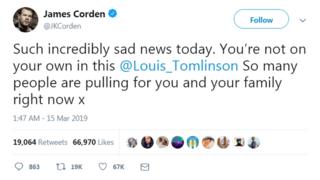 Olly Murs, who appeared on the X Factor the year before One Direction, tweeted: "Absolutely heartbreaking hearing the news of Louis sister Félicité sending my love to him & all his family right now! Awful news."

Singer Charlie Puth wrote: "Prayers to Louis Tomlinson. I can't imagine how hard it is right now. Love to you brother I'm so sorry and my prayers are with you."

One Direction's Louis 'excited' to become a dad