Boeing: Why this plane has been withdrawn for safety reasons 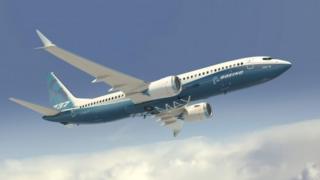 A make of passenger plane called the Boeing 737 Max has been grounded because of questions over safety.

The 737 Max is flown by airlines all over the world for short trips.

But 371 of the planes won't be allowed to fly again until tests are done into why there have been problems.

In Europe, 15 planes from travel company, Tui, have been banned from flying.

What is the Boeing 737 Max and what has been the issue? 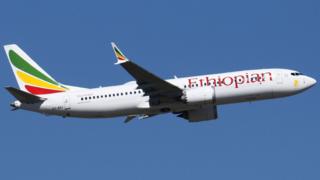 The Boeing 737 Max is a passenger plane made by US plane maker, Boeing. It carries up to 210 passengers.

In Europe, 15 of the planes are operated by travel company, Tui.

Now the safety of the plane has hit the headlines after two accidents in the last six months.

There was another accident this year on 10 March in Ethiopia. 157 people died.

Click here for advice if anything in the news worries you

What's the reaction around the world? 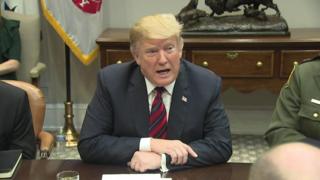 Following the most recent accident, governments around the world including the UK, China, India and Australia made moves to ground the 737 Max.

US officials initially refused to ground the aircrafts but then changed their mind after an investigation.

The US Federal Aviation Administration (FAA) has said all Boeing 737 Max 8 and 9 aircraft will remain grounded at least until May.

The plane-maker Boeing has now taken the decision to take all of its 737 Max planes out of action worldwide.

Altogether 371 planes have been withdrawn from service.

Boeing says it will now try to work out why the accident in Ethiopia happened.

Is it still safe to fly?

Flying is a very safe mode of transport and it's a lot safer than travelling in a car.

Most modern planes have four engines but can land using just one engine if the others aren't working.

Will the grounding of 737 Max planes affect the Easter holidays? 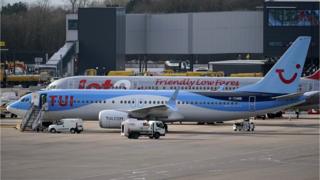 A spokesperson from Tui UK - the travel company who use Boeing 737 Max planes in Europe - has told Newsround that anyone with flights around the Easter holidays could face minor delays but that passengers will still be able to get to where ever they're travelling to with minimum fuss.

Crashed plane: World leaders argue over who's to blame