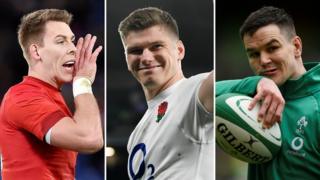 Reuters
Wales, England and Ireland all have a chance of winning the Six Nations this year

With just days to go until Super Saturday and the Six Nations final game, which team will be taking the title this year?

When it comes to the Women's Six Nations competition, England are currently sitting pretty at the top of the table.

Their four wins and no defeats have given them a total of 20 points.

Just one more win against Scotland is needed to seize the Grand Slam, which happens when a side beats every other team in the competition.

More on the Six Nations

Is this the greatest Wales side ever? 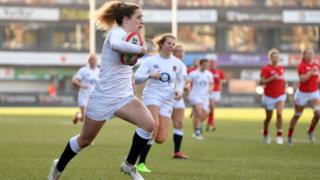 Getty Images
England's women are aiming for the Grand Slam

But when it comes to the men's game, things are more complicated, with England, Wales, and Ireland all having a chance to take the title.

Wales have won all their games so far and can take the Grand Slam, provided they beat Scotland on Saturday.

But if they don't manage it, England and Ireland both have a chance to become the Six Nations champions 2019.

Here's the path each team will need to follow if they want to win!

Where can you watch all the match action?

Will you be watching? Who are you backing for the men's and women's titles? Let us know in the comments.