Nasa's Opportunity rover leaves us with one final photo of Mars 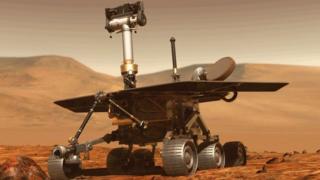 Even though we said goodbye to Nasa's Opportunity rover in February after its 15-year mission on the red planet ended, the robot still had one final gift to send back to Earth.

It took one last beautiful image of Mars's landscape before it lost contact with ground control after a dust storm.

The incredible panorama photo was taken in an area of Mars called Perseverance Valley.

Opportunity spent a lot of time gathering data here, and ultimately this is where it lost power.

Who will be the first person on Mars?

The photo gives a view of the rim of the Endeavour Crater in the distance, rover tracks from Opportunity, and to the far right and left is the bottom of Perseverance Valley.

"This final panorama embodies what made our Opportunity rover such a remarkable mission of exploration and discovery," said Opportunity project manager John Callas of Nasa's Jet Propulsion Laboratory.

Despite the loss of Oppy - as it was known by fans - the mood of Nasa staff has been one of celebration at what it achieved.

Here are just a few things the Mars rover did during its long mission. 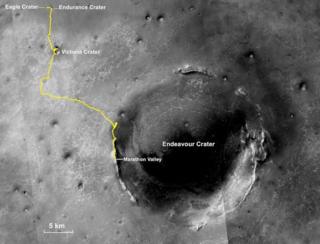 March 2015: It had taken him eleven years, but by this point Oppy had travelled 26.2 miles, the equivalent of a marathon!

By 2018, it had travelled just over 28 miles, and still holds the record for the most travelled off-world rover. 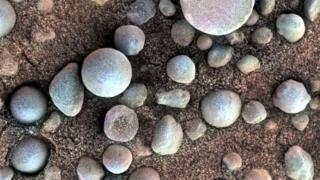 January 2015: Opportunity discovered these little balls embedded in outcrop rocks and scattered over some areas of soil inside a small crater.

They were labelled blueberries, because of their dark blue colour due to a high concentration of the mineral hematite. 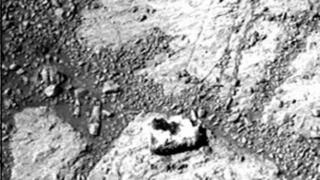 February 2014: Blueberries weren't the only strange rocks Oppy found. After it shared these pictures, everyone wanted to know what the stone - which people thought looked like a jelly doughnut - actually was.

Even William Shatner, who played Captain James Kirk in TV series Star Trek contacted Nasa to ask if they'd "ruled out the Martian rock throwers in the case of the jelly doughnut". 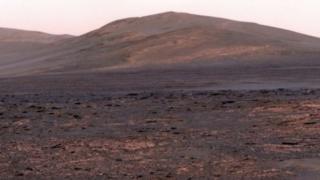 June 2013: The robot found clay minerals in a type of rock called Esperance. It means the rock may have had a lot of contact with water in the past.

This helped scientists learn that Mars was much warmer and wetter billions of years ago that has previously been suggested. 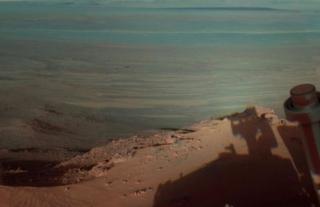 This picture is actually made up of a dozen smaller images taken by the rover's panoramic camera over the Endeavour Crater.

Searching for 'water on Mars' 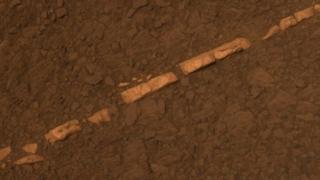 December 2011: As an early Christmas present, Oppy found slivers of a bright material that looks very much like it is gypsum (calcium sulphate) - which at the time was the most powerful piece of evidence for liquid water on Mars. 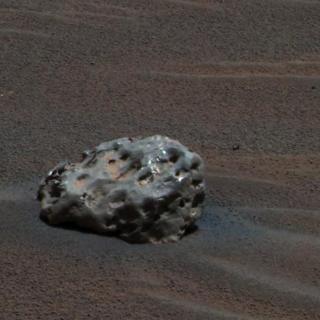 January 2005: This was one of Oppy's early discoveries: a meteorite roughly the size of a basketball, and the first meteorite ever discovered on another planet!

Great work Oppy! You did both your planet and ours proud.

Mars: Nasa has lost a rover in a megastorm