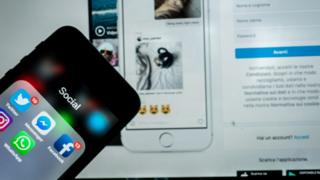 Lots of people rely on sites like Instagram, Facebook, WhatsApp, YouTube, or Gmail, to send messages or stay up to date with what's happening, so it can be pretty stressful when they stop working.

That's exactly what happened to thousands of users last night!

The apps owned by Facebook and Google were affected by an internet outage in different parts of the world.

The platforms weren't down for everyone, but many people were unable to access their profiles, with glitches in how the sites worked.

Often people were able to open the apps, but couldn't send or receive messages or post new content.

How were the sites affected?

YouTube: For many the site was still available but was working very slowly.

Gmail: Users were unable to upload files, or access their Google drive. 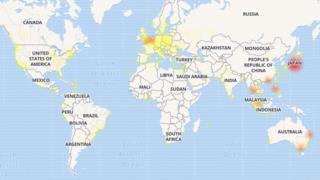 DownDetector
This map shows where in the world Facebook's apps were down, with the coloured areas most affected

According to DownDetector, Facebook related outages affected the UK, India, Canada, Turkey and the Philippines, as well as specific US states, and parts of South America.

Estimates suggest the issue began around 16:00 GMT on Wednesday. 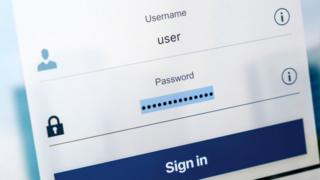 Rumours posted on other social networks, claimed the outage was as a result of a Distributed Denial of Service attack, known as DDoS - a type of cyber-attack that involves flooding a target service with extremely high volumes of traffic.

But Facebook said this was not the reason, although so far hasn't said what the real reason behind the problem was.

The BBC's Silicon Valley reporter Dave Lee said Facebook hadn't seen an incident like this since 2008, when Facebook had a mere 150m users. The company say that 2.7 billion (yes, BILLION) use their apps each month now.

The length of time, plus number of users affected, makes this comfortably the most severe outage in Facebook's history. 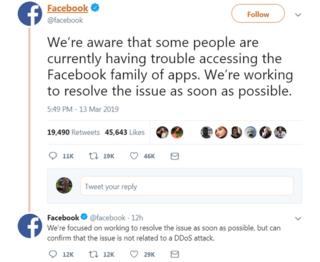 Facebook weren't the only ones turning to Twitter in the absence of their other social media apps, with many making jokes about the outage.

The hashtags #FacebookDown and #InstagramDown were used more than 150,000 times.

What have Google said? 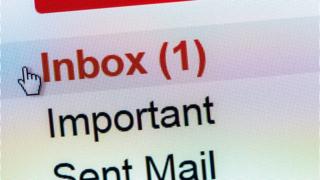 The issues affected users around the globe, with people in the US, Europe, Asia, Australia, and South America reporting problems.

Various websites that track Gmail problems and outages, showed a spike in users reporting problems with the email service from about 2am UK time.

In a statement on their service website, Google said: "We're investigating reports of an issue with Gmail. We will provide more information shortly. The affected users are able to access Gmail, but are seeing error messages, high latency, and/or other unexpected behaviour."

Google reported that the issues affecting their platforms had been resolved at 6.30am on Thursday, but has so far not confirmed the cause of the problem.

Were you affected by the the problems? Let us know in the comments below.

Facebook have launched a Messenger app just for kids