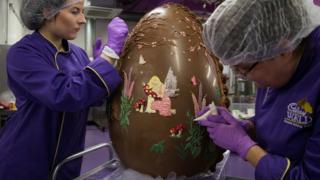 At Easter time, for many of you it means cracking open a box and getting stuck into some special chocolate egg delights!

But when it comes to Easter eggs they come in all shapes and sizes and... can be made of some pretty unusual things....

The Easter Egg made out of cheese 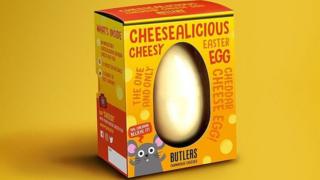 There's a twist on the traditional Easter egg this year with the 'Cheester' egg hitting supermarket shelves.

The 'Cheester' egg is an Easter egg made completely from cheese!

But is the 'Cheester' egg the most unusual egg around? Let's have a look at some of the contenders. 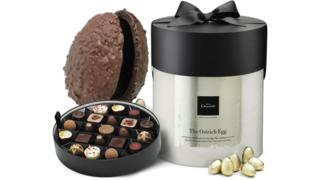 If a cheese Easter egg all sounds like a bit of a 'yolk', chocolate company Hotel Chocolat has you covered.

It has made an Easter egg the size of an Ostrich's egg.

That's over a kilogram of chocolate! 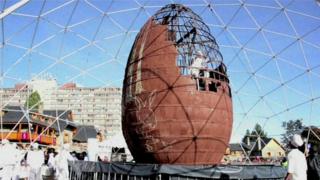 Think that's a lot of chocolate? Check out the largest Easter egg ever made.

In 2015, Bariloche in Argentina 'shellebrated' Easter with an egg that was 8,000kg of chocolate and 8.5m high.

That's around the height of two double decker buses! 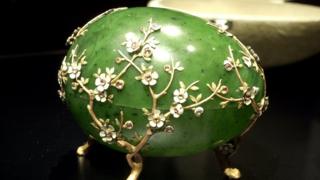 An egg you wouldn't want to crack is a Fabergé egg.

These 'egg-stra' special eggs were made for Russian royalty over 100 years ago and there are only 57 left in the world today.

If you get hold of one, don't lose it whatever you do. The eggs are worth millions of pounds. 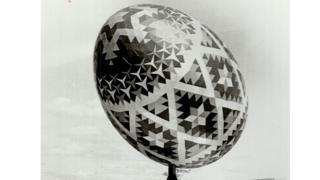 The largest egg statue in the world is the Vegreville egg in Alberta, Canada.

The egg is 31 feet long and weighs a whopping 2.5 tonnes.

It'll be hard to beat that egg! 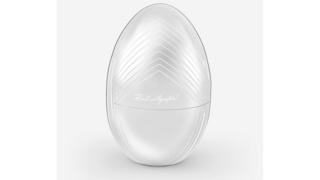 An egg that helps you eat your eggs…'egg-scuse' me?

Designer label Karl Lagerfeld created a stainless steel egg that comes with a cutlery set in the middle of it.