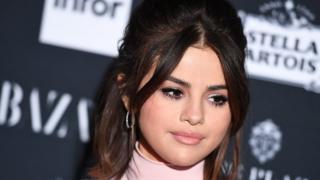 Selena Gomez has given fans an update on her hotly-anticipated new album.

"I'm currently in the studio and it's going really good," she revealed during a live Instagram Story.

But the pop superstar also told her 147 million followers that she was "just nervous about it, honestly, because I feel like the next few choices that I'm gonna make are very crucial".

The new solo album, which doesn't have a name yet, will be the singer's first since 2015's Revival.

Selena Gomez back on social media

These celebs want you to love yourself more 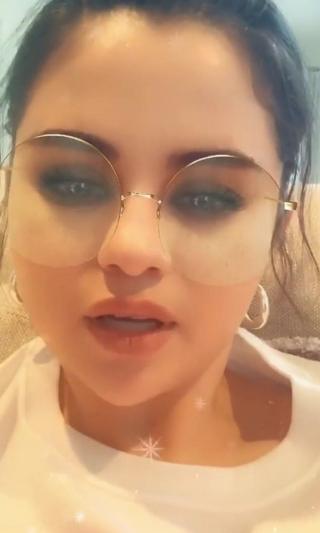 Selena Gomez also dropped the video for I Can't Get Enough, featuring Benny Blanco, J Balvin and Tainy this week.

The video for her latest song features the star dancing in her pyjamas on a huge bed.

The former Disney star is making a return to the spotlight after going through a number of personal issues over the last few years. 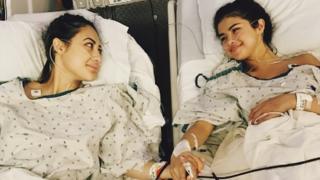 In August 2016, her Revival world tour had to be cancelled after three months for health reasons.

After being diagnosed with lupus - an auto-immune disease that attacks healthy cells, tissue and organs - she underwent a kidney transplant in 2017, which was successful.

Lupus has been known to affect the way you feel, and can make the person with the condition feel anxious or depressed. 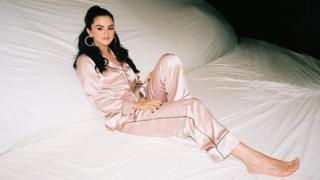 Last year, Selena opened up about her experiences with depression in an interview with Harpers Bazaar magazine: "I've had a lot of issues with depression and anxiety, and I've been very vocal about it, but it's not something I feel I'll ever overcome..."

"I think it's a battle I'm gonna have to face for the rest of my life, and I'm okay with that because I know that I'm choosing myself over anything else."

And Gomez says she's not trying to rush her return to music telling fans on Instagram this week that "I'm trying to be really really diligent and just patient with everything."

"But I love you guys very much," she added.