Nasa: First person on Mars likely to be a woman 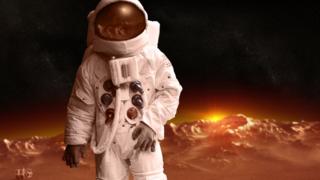 People have long talked about the possibility of men on Mars, but now Nasa says the first person to walk on Mars is "likely to be a woman".

Nasa administrator - Jim Bridenstine - was a guest on a US science and technology radio show Science Friday, when he made the comment.

The news comes ahead of the first ever all-female space walk planned by the space agency at the end of this month.

Nasa has been working hard to try and develop the technology needed to send humans to Mars in the 2030s.

Could the Mars astronaut of the future be one of these girls? Last year, schoolchildren in Australia took part in Space School, running their own pretend mission to Mars.

Several robots already on the Red Planet have been sending back data about what life is like on the planet's surface.

The most recent rover to be sent by Nasa is called InSight and has been sent to Mars to study marsquakes - that is earthquakes, but on Mars! 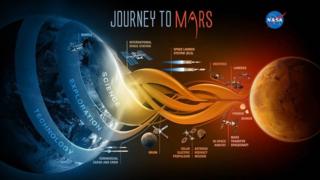 Research teams from several different countries have also been doing experiments to work out how humans could survive on Mars.

In 2017 a group spent eight months living in an isolation dome close to a remote Hawaiian volcano to mimic what it would be like to live there.

Last year there was a similar stunt in the Oman desert in the Middle East, with the team doing tests to see if they might be able to grow vegetables on Mars.

China's space agency CNSA also intends to open a Mars base to recreate the Martian environment, and even has plans in the future to open it up to tourists.

Last year SpaceX launched a rocket carrying a car to orbit around Mars.

Obviously we don't know for sure who the first person on Mars will be, but whoever they are they're sure to secure a place in the history books!

Meet the pupils heading to... Mars!?