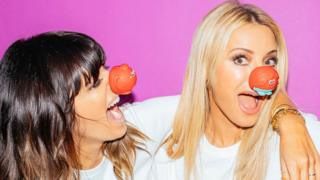 Whether it's Tess Daley and Claudia Winkleman dancing non-stop for 24 hours or a bunch of celebrities climbing Kilimanjaro, Red Nose Day has always pushed the limits to raise money for those in need.

In doing so, Comic Relief - together with Sport Relief - has raised over £1 billion in its history.

On Friday 15 March, the 31st Red Nose Day will be on the BBC. It will feature shows, sketches and challenges - all to raise money for the charity, which works to change the lives of vulnerable people and communities both in the UK and abroad.

Let's have a look at some of the greatest Comic Relief and Sport Relief moments ever. 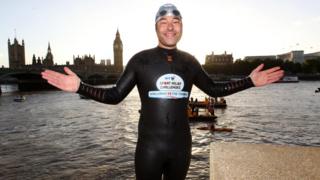 Back in 2011, comedian and children's book author David Walliams decided to take on a huge challenge in the name of Red Nose Day.

He decided to swim the length of the River Thames. That's a massive 140 miles!

It's fair to say David Walliams wasn't - and still isn't - an Olympic athlete, so swimming that distance in dirty water with low visibility was mighty impressive.

Plus, during the swim, he got a stomach bug and developed wetsuit sores - but still carried on.

Even more impressive was the fact he managed to raise almost £1 million for Sports Relief. 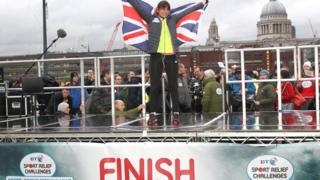 Not wanting to be out-done by comedian David Walliams, TV host Davina McCall took on a mega 500-mile bike ride, swim and run in 2014.

She was out fighting the elements for seven days and the weather was absolutely terrible.

It was an emotional rollercoaster for the presenter who had to be carried out of the water at the end of her swimming leg because of exhaustion. 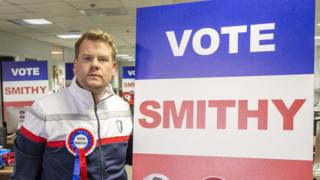 It might be hard to believe now but back in 2009, the England football team were underachieving and at an all-time low.

Luckily, as part of Red Nose Day, they had the team talk of a lifetime from the most unlikely character ever.

Before James Corden was an American TV host, he played a character called Smithy in the popular comedy Gavin and Stacey.

In the sketch for Comic Relief, Smithy was sent to do a bit of handy-man work at a hotel. But, after stepping through the wrong door, he found himself facing the entire England team.

In front of the likes of David Beckham, Peter Crouch and Frank Lampard, Smithy delivered what would become one of the most iconic sport speeches of all time.

Is this the way to Amarillo? 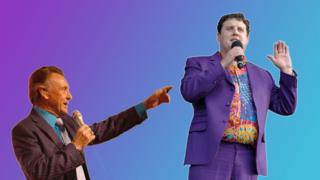 During Red Nose Day 2005, TV funny man Peter Kay did a rendition of Tony Christie's 1971 song, 'Is this the way to Amarillo?'

In a music video, Kay and a load of celebrities danced along to Christie's track while running on a treadmill.

Despite being first released over 30 years earlier, the song proved to be a massive hit with UK audiences and went straight to number one in the charts.

It stayed there for seven weeks and became the best selling track of 2005! 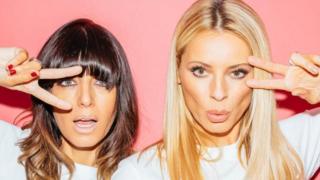 It wouldn't be Comic Relief without some celebrities dancing around for a ludicrous amount of time.

In 2019, Tess Daly and Claudia Winkleman decided to take on the celebrity danceathon.

But they aren't the first celebrities to do it.

Tess and Claudia are trying to break the record of DJ Sara Cox who danced to 80s music for 24 hours in 2017. She raised £1 million.

Before that, in 2015, X Factor presenter Dermot O'Leary danced his socks off for Comic Relief.