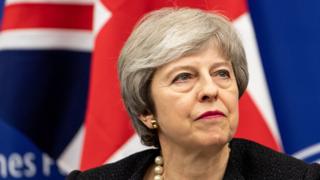 This is the agreement that the prime minister negotiated for the UK's exit from the European Union.

The bad result for the prime minister comes just weeks after her first attempt to pass the deal also failed.

The next step is... another vote. MPs will vote on Wednesday on whether to block the UK from leaving the EU without a deal on 29 March.

Read our guide below and don't forget to try our interactive explainer to see what could happen next with Brexit.

Why did MPs vote against the Brexit deal?

The main reason MPs voted against Mrs May's Brexit deal was because of the Irish backstop.

This is the part which aims to keep an open border between Northern Ireland and the Republic of Ireland if the UK and the EU can't agree a long-term trading relationship.

The government has been trying to get the EU to make changes to the backstop to win over MPs in the last few weeks.

On Monday night, the prime minister had made a last-minute call to MPs to back her deal after she had secured "legally binding" promises on this issue.

But it did not convince enough politicians to change their minds during Tuesday's vote.

Speaking after the defeat and struggling with her voice, the prime minister said: "I continue to believe that by far the best outcome is the UK leaves the European Union in an orderly fashion with a deal.

"And that the deal we have negotiated is the best and indeed only deal available."

What's happening with Brexit on Wednesday?

MPs will vote later on Wednesday on whether to block the UK from leaving the EU without a deal on 29 March.

If MPs say they don't want to leave without a deal then that would set up... yes, you guessed it: another vote.

British politicians will vote on Thursday on delaying Brexit until after 29 March by extending Article 50 - the legal process that takes the UK out of the EU. 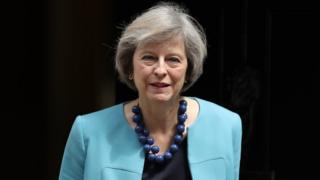 If they voted yes to this then politicians would be given more time to decide what to do next.

It's expected that would only be a short break though - probably about three months.

The EU would have to agree to that and the big issues, which have been holding things up so far, would still be there. 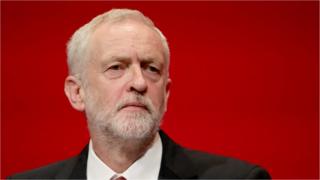 Labour Party leader Jeremy Corbyn said Mrs May should now call a general election during a speech in the House of Commons on Tuesday evening.

He called for no-deal Brexit to be "taken off the table" - and said Labour would continue to push its other Brexit ideas.

But he did not mention his party's plan to back another referendum vote, which would allow the public to decide again on whether to stay or leave the EU.

Brexit: Why is it a big week for Theresa May's government?