Harry Potter game: Wizards Unite is like Pokemon Go for the Potterverse 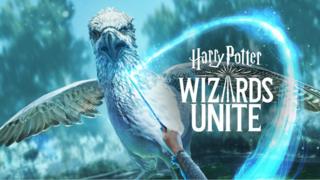 There's some Sirius-ly good news for fans of witchcraft and wizardry, the Harry Potter-themed follow up to Pokémon Go is out this Friday.

The game is called Wizards Unite, and uses augmented reality (AR) to bring the fictional Harry Potter world into the real world.

The new game was developed by Niantic Labs, which created Pokémon Go. That game, which was released in 2016, allows players to find and capture popular pocket monsters. The Harry Potter game works in a similar way.

Players can use their iOS or Android phones to see mythical creatures appear as if they were living in the real world.

So how much do we know about the game so far?

The game website says: "The Ministry is looking for witches and wizards willing to roll up their sleeves and volunteer to save the wizarding world from the Calamity."

"As a member of the Statute of Secrecy Task Force (a new task force formed in partnership between the Ministry of Magic and the International Confederation of Wizards) you will hone lightning fast wand reflexes, an ability to sniff out the faintest whiff of magical disorder from afar, and proficiency in advanced casting of multiple spells."

Erm, so what does any of that actually mean?

In the game, players become recruits of the Statute of Secrecy Task Force and must investigate and help prevent a "calamity" that's befallen the wizarding world.

The 'calamity' is causing artefacts, creatures, people and even memories to appear in the Muggle world.

Witches and wizards must join forces to help solve the mystery behind the chaotic magic and return the Foundables to their rightful place away from Muggle eyes.

Players need to cast a variety of spells to keep the magical Foundables safe, by sending them back to the wizarding world.

All in all, it sounds similar to Pokémon Go, with players locating magical artefacts instead of Pokémon, and using spells rather than Pokéballs to capture them.

How do you play?

You'll need to use a smart phone or tablet to use the AR elements of the game, with animated characters appearing in real locations similar to Pokémon Go.

There will also be fighting - or rather combat - when witches and wizards visit real-world locations called Fortresses, which host wizarding challenges.

These are real-time multiplayer battles against dangerous foes, similar to the raids in Pokémon Go. 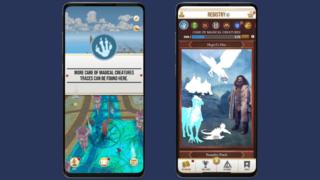 Niantic/ Warner Brother Interactive
What will it look like?

When you go outside and explore the world, a map will reveal traces of magic, showing where the magical Foundables can be found.

While these traces can be found all around you, certain Foundables may be more likely to appear at various types of real-world locations like parks, banks, libraries and zoos.

The new Harry Potter game 'Hogwarts Mystery' is out