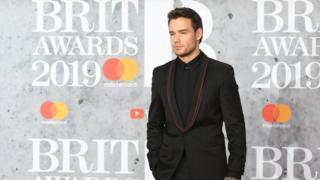 Former One Direction star Liam Payne has called on the government to take more action to deal with the issue of knife crime.

He says that more needs to be done, following an increase in the number of knife attacks over recent months.

Liam has a personal reason for talking about these issues.

In an interview with The Daily Mirror, he explained how he was robbed by someone who was carrying a knife when he was just 12 years old.

The Polaroid singer says he feels he is lucky to have come out of what happened unhurt.

"It was one of the scariest things I've been through. I was lucky, but so many aren't... Something needs to be done."

Click here to find out more about knife crime

The star went on to explain that he didn't tell his parents what had happened because he was worried what they might say about how far away from home he had been - something which he regrets.

As a result, he was keen to urge young people who go through anything similar to speak up to someone that they trust.

"It's important that you tell someone if something like that happens to you. They can help," he said.

Speaking about what he learnt from his experience, Liam said it taught him not to take risks and is one of the reasons he wants to work to stop young people from carrying blades.

"You pick up that blade and it's the biggest risk you are taking in your life," he said.

Currently, the government is looking at what it can do to deal with the issue of knife crime.

"We need someone who can partner up with schools and the police - give them the powers they need," said Liam.

He thinks the government needs to better equip teachers to be able to identify pupils who may become tempted to carry a knife.

"It's really important that parents are talking to their kids and that schools are running programmes with people who have been affected by knife crime."

Liam isn't the only celebrity that has spoken out about the issue.

Manchester City captain Vincent Kompany has voiced his opinion too, saying that young people need "the right amount of education and support at every level" to help prevent knife crime.

Find out more about the issue of knife crime