The Swedish teenager first staged a "School Strike for Climate" in front of the Swedish Parliament in August last year.

She continued to gain international attention after speaking at the U.N. Climate Talks in Poland last December.

Her strike has inspired students from around the world, leading tens of thousands of students from Germany, Japan, the UK, Australia and many more to join her #FridaysforFuture demonstrations. 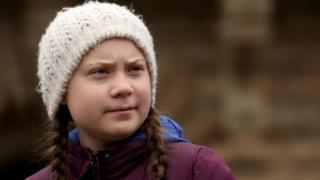 Adam Berry / Getty Images
Fridays for Future is an international movement of students who, instead of attending their classes, take part in demonstrations demanding action against climate change

We introverts can make our voices heard

Four years ago, she was diagnosed with Asperger's, a form of autism.

"Being different is a gift," she told the BBC, "It makes me see things from outside the box. I don't easily fall for lies, I can see through things. If I would've been like everyone else, I wouldn't have started this school strike for instance."

She told Rolling Stone magazine that the first woman to inspire her was Rosa Parks. "I learned she was an introvert, and I'm also an introvert," says Greta.

Talking about Rosa Parks, Greta explained how "one person can make such a huge difference."

Greta has been missing lessons every Friday to continue protesting outside the Swedish parliament. 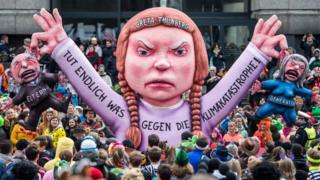 I can't vote, so this is one of the ways I can make my voice heard.

There's loads of ways to help the environment. Let us know what you are doing to tackle climate change in the comments below.