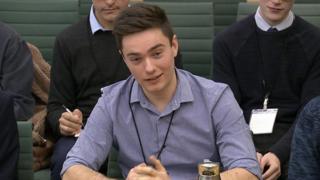 A group of MPs have been talking about gaming and whether they need to do more to help people who are addicted.

They heard from James Good, a former gaming addict, who told them how he once spent 32 hours gaming "without eating, sleeping or leaving his room".

Mr Good, who now works with the Game Quitters support organisation, said it led to him dropping out of university and had affected every aspect of his life.

He shared his experience of gaming and talked about how excessive gaming can harm young peoples' studies and socialising.

I played for 32 hours straight 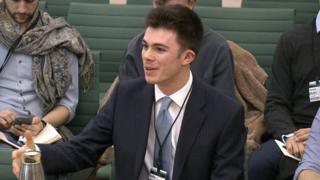 You can just fall down these rabbit holes

Do you think MPs and the government need to do more to help people who might be addicted to gaming? Let us know your thoughts in the comments.

If you are at all worried about gaming or any of the issues that you've read in this article, there are lots of places that you can go for support. You can speak to an adult that you trust like a relative or a teacher. BBC's Own It have an article on keeping gaming fun and who you can speak to if you're worried you might need help with an addiction.

Turtles and tortoises: Police rescue 1,500 wrapped in tape in Philippines