Southeast of US hit by tornadoes 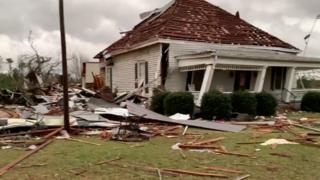 A series of tornadoes have struck parts of America.

Rescue teams are working hard to help those who've been affected in the US states of Alabama and Georgia.

Thousands of homes have been left without power.

Officials have said they're dealing with a "catastrophic" situation.

The National Weather Service recorded winds of up to 165 miles per hour. 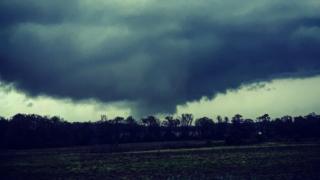 What is a tornado?

The warm air rises and as winds move around each other at different heights and speeds, a spiral of spinning air forms known as a vortex.

When it hits the ground, that is when it is called a tornado.

A tornado can last from several seconds to more than an hour and may travel dozens of miles.