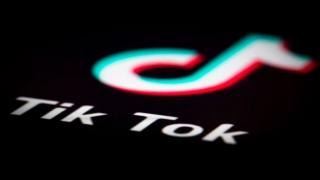 We know you love TikTok but do you really know everything you NEED to know about the app?

In case you've been under a rock for the past year or so, TikTok has over 1 billion users worldwide and is the fastest growing application around.

Take Holly H for example. She's the UK's biggest TikTok user and she's got almost 14 million followers on the app!

Here are five things you need to know about TikTok and how to use it safely.

Holly H: "It's important to be yourself"

As we mentioned above, Holly H is the UK's most popular TikTok user with almost 14 million followers.

We got in touch with Holly to ask her what she thinks are the most important ways to get the most out of TikTok and stay safe in the process. 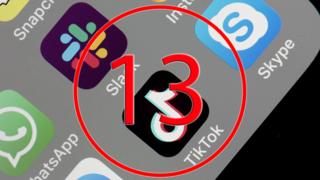 You have to be 13 years old to be on TikTok.

When you sign up to TikTok it asks you to put in your age. If you are under 13, you shouldn't be on the app.

The makers of the app think you're only old enough to see the content once you're 13 or over and the age range is in place because there are things on TikTok that aren't appropriate for everyone.

TikTok has told Newsround that if they think people are lying about their age their account will be cancelled.

It's more popular than you can imagine 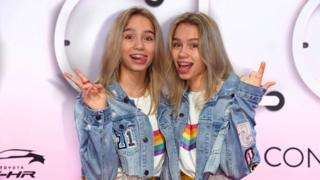 Even though TikTok has only been around for two years, it's already managed to get one billion users worldwide.

The most popular stars on the app, Lena and Lisa, have 32.5 million followers.

It's now available in 75 languages worldwide.

You can block and filter comments

If you're ever worried about comments or who's seeing your TikTok account there are lots of options you can take.

You can make your account private, filter who sees your posts and even restrict the comments on your page.

Tiktok say they've also brought in a new feature called "filter comments". This lets users filter words they would not like to see in their comment section.

You can add as many words as you like to this banned list, meaning you'll never see them.

TikTok is a very fun and creative space for young people. To make sure you're safe on the app, remember to check that your location isn't visible and only have conversations with people you know.

TikTok has been in trouble in America - here's why

On February 27, TikTok was given record fine over its handling of children's data in America.

According to the group in charge of watching over businesses in America, the business which TikTok bought - an music app Musical.ly - had knowingly allowed content from underage users to be on its site.

This means they had data about people who were too young to use the app and they were ordered to delete it. 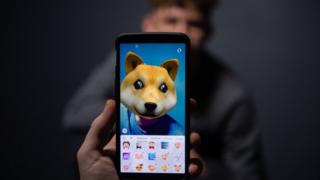 Getty Images
TikTok has been handed a record fine in America

Now, users in America have to verify their age on the app. This ruling only applies to America.

But, TikTok says there are already loads of mechanisms in place to protect kids in the UK.

On the app store, for example, TikTok has a 12+ rating. Parents can block the app if they want to.

TikTok say they have a moderation team going over content and they try to block inappropriate users and content where possible.