Momo challenge: Why it isn't real and you don't need to worry 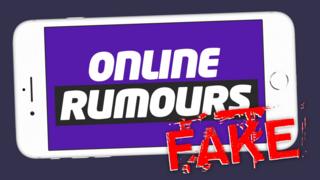 Some of you may have heard the false rumours about a character called Momo.

You may have seen people talking about it on social media or even at school or clubs that you go to.

But charities say there have been no reports of any serious problems and say the whole thing is nothing to worry about.

So how did this happen?

How to be in charge of your online life

Own it: What to do if you see something upsetting online

Own it: what to do if your parents are freaking out

Earlier this week, stories about the character were all over social media.

They attracted hundreds of thousands of shares and resulted in lots of news providers talking about it.

That has now led to some people using the image where they shouldn't, so you may see it - but schools have had assemblies to set pupils' minds at ease and some have sent letters home to parents to explain what's going on.

If you are still scared about seeing a nasty picture or if you been hearing rumours about this issue, then make sure you speak to an adult you trust.

What do do if you see something scary online

What have experts said? 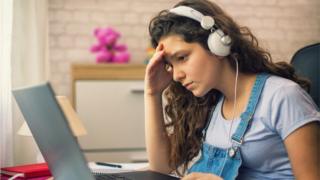 The charity The Samaritans and the Police have said that the most important thing is that children, parents and other adults who work with children, concentrate on understanding online safety rules. That's the best way to stay safe.

The UK Safer Internet Centre, who give advice on being safe online, said the rumours of harm being caused were "fake news".

The rumours even came up in Parliament and the Leader of the House of Commons, Andrea Leadsom, also said the government didn't feel there was any threat.

How can you spot a fake story?

When rumours are spread around, and seen in lots of places, people start to believe it, then share it and it's easy to become sucked into a bubble that is actually completely different to the real world - and a long way from the truth. 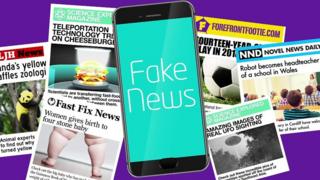 Newsround
Fake news: What is it and how to spot it

So what can you do? Ask yourself: