Karl Lagerfeld's cat and the world's most famous pets 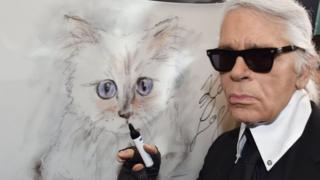 AFP
Chanel fashion designer Karl Lagerfeld was the proud owner of the one of the world's most famous cats, Choupette

Karl Lagerfeld, who passed away on Tuesday in Paris following a short illness, was one of the most famous fashion designers in the world.

He worked for the Chanel fashion house for 36 years and also designed collections for Fendi, Chloe and his own label.

While he was loved by the fashion world for his expertise, another thing that he was well known for was his close relationship with his beloved cat Choupette.

Many people are wondering what will happen to Choupette now, with reports suggesting that Karl will leave a lot of money to his favoured feline. 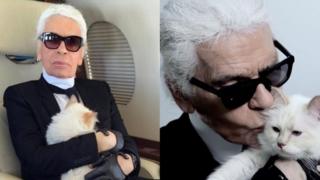 With Karl, Choupette lived a life of luxury, travelling around the world with him and her own two personal assistants by private jet. She had a bodyguard, a private vet, an iPad, a published book and even her own make-up line.

In 2014, the Telegraph reported how she was brushed every other day to avoid fur balls, would eat at the table with people rather than from dishes on the floor, and would eat chicken pate or croquettes with a turkey or fish sauce, and sometimes even the finest caviar.

Check out the world's most pampered pets

While Choupette may have hundreds of thousands of her own fans, she is far from the only world-famous animal. 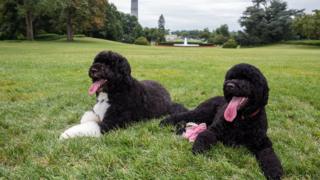 Barack and Michelle Obama are of course well known as the former president and first lady of the US, but there are two other members of the Obama family that have made headlines - the former first dogs, Sunny and Bo.

The two Portuguese water dogs were often photographed with their owners as they went about their business in Washington D.C.

Sunny even made headlines when an interview with People magazine revealed she had a habit for doing poops inside the White House!

"Sometimes I'll be in my office and I'm doing my work and I'll see this like scurrying - and I got to get up and run before she does her thing, because if I'm too late then there's a little gift that she leaves," Mr Obama told the magazine back in 2016.

We bet life would be pretty, er, purrrrrfect (sorry) if you were Ed Sheeran's furry friend.

Well, thousands of people follow the lives of Dorito and Calippo as Ed is regularly sharing snaps of his two cats. 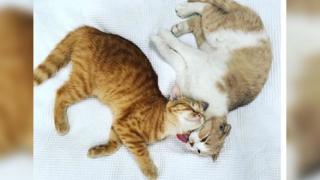 Instagram/thewibbles
Ed shared this picture of his two cats on International Cat Day, saying 'THIS IS LOVE'

When he got engaged to Cherry Seaborn, he posted on social media - "Got myself a fiance just before new year. We are very happy and in love, and our cats are chuffed as well xx" - so it's clear they're incredibly important to him!

In June 2018, a figure of Ed was revealed by Madame Tussauds at a cat cafe in London in honour of his love for the animals.

Another pet living a life of luxury in the fashion world is Marc Jacob's pooch Neville.

Marc is head designer for his own fashion label. 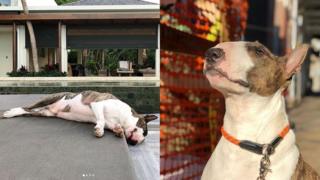 Vogue reports how Neville eats burgers off of a tray served by a bow tie-wearing waiter, gets driven around and - like Choupette - enjoys flying by private jet.

His verified Instagram account shows him regularly lounging near swimming pools and often sporting fashionable accessories, and he has even had a biography published.

Easily one of the most famous felines in the world is the perhaps appropriately named Grumpy Cat.

Her real name is in fact Tardar Sauce, but Grumpy Cat stuck after she became famous back in 2012 for her less-than-chuffed natural expression. 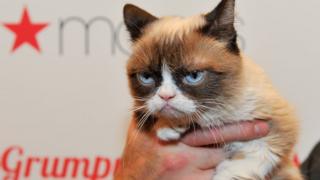 Getty Images
Despite his unhappy expression, it is thought that Grumpy Cat has earned millions of dollars!

It is said that she looks this way because of feline dwarfism and an underbite, meaning her lower jaw comes forward more than it is meant to.

In January 2018, his owners certainly had something to smile about when they won a legal case that saw them awarded £500,000, after a court said a company used Grumpy Cat's image when they shouldn't have done.

This lovable Pomeranian was probably one of the very first internet celebrity dogs.

He had 16 million followers on Facebook, became an ambassador for a US airline, hung out with celebrities, regularly appeared on TV and - like other animals in this list - released a book called Boo: The Life of the World's Cutest Dog. 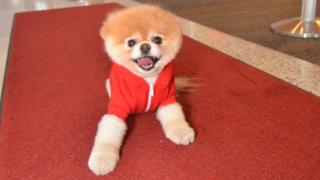 According to his owners who live in the US, people would write letters to them to say how Boo had "brightened their days and helped bring a little light to their lives during difficult times".

Sadly, Boo passed away recently at the age of 12.

This is Tuna and his unique smile has completely captured the hearts of millions. His look - which, like Grumpy Cat, is due to an underbite - has seen him compared to the Harry Potter elf Dobby and Sid the sloth from Ice Age.

He used to be called Wormy because he would crawl around on his tummy. 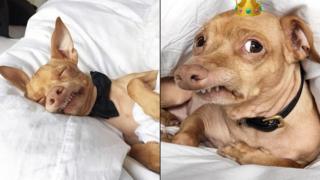 With his very own website and enormous Instagram following, the Chihuahua-Dachshund cross travels around the US and UK with his interior designer owner Courtney looking for the most pet-friendly places to stay.

Tuna is so popular that he is even making his own money by attending events and working with different companies and - of course - he has his own book too. What a savvy businessman.

Queen Elizabeth II is known for many things, one of which is her love of corgis.

It is thought she has owned more than 30 during her reign. At one point, she owned nine at the same time! 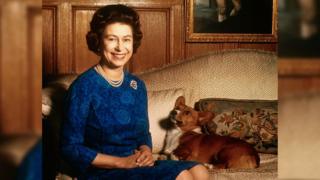 Her first Corgi was called Susan, which she was given as a present on her 18th birthday back in 1944.

Visitors to Buckingham Palace would regularly be hosted not only by the royals, but also the canine companions. They have even made it into official photographs!

Just like Karl and Ed, Taylor Swift is absolutely crazy about her kitties Meredith Grey and Olivia Benson.

They are named after TV characters in US shows - Meredith after a character in a medical drama and Olivia after a US detective show. 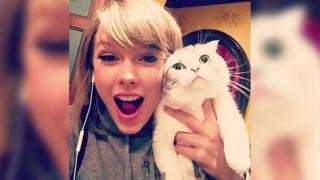 Instagram/meredithswift
With 17,000 followers on Instagram, Meredith Swift has her very own legion of fans

They even have personalised cat carriers which say 'Doctor Meredith Grey' and 'Detective Olivia Benson' on them, so they certainly know how to travel in style.

The two furry friends are often pictured out and about with Taylor.

Dog food may be misleading owners by not listing ingredients

Wales: Plans for the golden eagle to return to Snowdonia