Britain's Got Talent The Champions: Who's taking part?

Britain's Got Talent returns to our screens this weekend, but this time it's a supercharged version, featuring past champions.

BGT: The Champions will bring back winners from the last 13 series, competing to be crowned the ultimate champion.

Regular judges, Simon Cowell, Amanda Holden, Alesha Dixon and David Walliams will all be back and the series won't just show off the talents of British stars.

International acts who took part in their own version of the show, from different places around the world, will also be taking part.

X Factor: Is the show going to change completely?

Contestants taking part in the new series include Series One champion Paul Potts, street dancer George Sampson, father-and-son act Stavros Flatley, who are whipping off their shirts and slapping their bellies again. 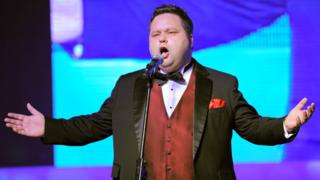 Ashleigh Butler is returning without Pudsey, who is replaced by a new dog, Sully.

Connie Talbot, who first appeared on the talent show when she just six-years-old, will be competing on the show with an original song.

Comedians Lost Voice Guy and Jack Caroll are also back for the new series along with current champion Colin Thackery. 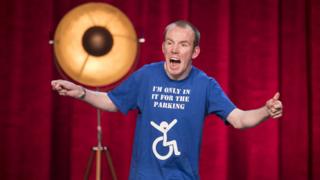 Britain's Got Talent: The Champions comes to the UK following the success of the American version, which aired in the US earlier this year.

The series, which was recorded at Wembley Arena, will air over six weeks, with two acts each week going through to the grand finale for the chance to compete for a cash prize and a trophy.

Britain's Got Talent: The Champions starts on 31 August on ITV. 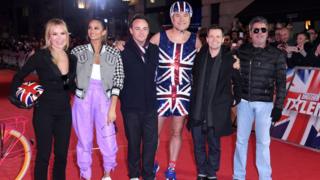 Are you excited for the show? And do you already have a favourite? Let us know in the comments!

Britain's Got Talent: Who are the biggest winners?

Britain's Got Talent The Champions: Who's taking part?

Hugh Jackman announces The Greatest Showman is opening the Brits