Football: Should kids be banned from heading balls? 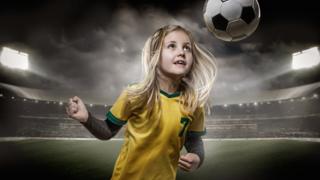 Ryan Mason used to play for Tottenham Hotspur and Hull before he was forced to retire in February 2018.

It was after he fractured his skull during a challenge in a Premier League game over a year earlier.

"I look at some kids and they head the ball with the top of the head and their technique is all wrong, therefore the pressure that it's putting on the brain is a lot more. I don't think kids should be heading real balls." he said.

"Maybe bring in sponge balls to learn the technique and gain that experience of actually challenging for a header."

He wants the ban to better protect kids from head injuries.

And he's not the first person to suggest it.

Should tackling in rugby be banned in schools?

Concussion in sport - what are the rules? 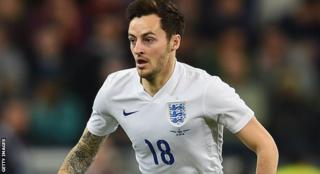 Who else thinks there should be a ban?

Ryan Mason is now a youth coach at Spurs.

He says he doesn't think "repetitive heading at a young age is doing the kids any good". He's not alone in thinking that.

If you have got a seven or eight-year-old heading a solid ball, and his brain and his bone in his skull isn't fully developed, then that could potentially be doing damage.

The Professional Footballers' Association (PFA) has also previously called for restrictions on young players until more is known about the long-term health risks of heading.

One of the world's leading experts on brain injuries, Dr Bennet Omalu, said last year that he thought heading a football should be restricted in the professional game and banned for under 18s.

What's the problem with heading footballs?

One of the big arguments for the ban is a type of head injury that football players can suffer called 'concussion'.

It happens when someone gets a significant bang on the head - so much that the brain is shaken and knocks against the inside of the skull.

This causes the nerves and structures in the brain to be altered, which means messages aren't sent around the brain in the right way. 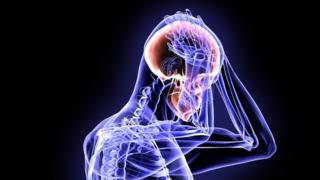 It can be serious and it might take someone several days to recover if they have a very bad bang to the head.

Some people think that in order to get concussion, you have to be knocked unconscious - but that isn't true.

Concussion injuries are also common in other sports including boxing, skiing and rugby.

There are also concerns about how repeatedly heading the ball affects adult players too.

Kick up some dust with Josh the BMX racer

One of the big issues. is that we don't know how heading footballs impacts on someone's health.

A lot of people think more research needs to be done to know the long-term risks.

The Football Association says it is "committed to researching and examining all areas" of head injuries in the game, including the long-term effects on players.

An FA spokesperson said: "We have commissioned comprehensive and rigorous research studies in this area, in collaboration with the Drake Foundation and the PFA, which are currently ongoing.

"These studies will help establish whether or not there are any risks associated with playing football." 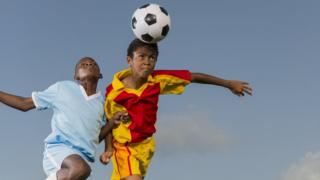 Headway is a charity which supports people with brain injuries. It also thinks more research is needed.

"We understand just how easy it can be to sustain an injury which can change your life. We think it has taken a very long time for football to get involved with research.

"There needs to be proper studies funded by all the money that is pumping into the game to ensure the safety and wellbeing of the players. They have a duty of care." 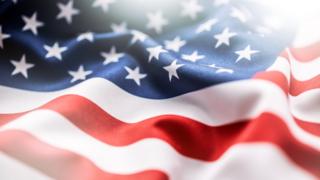 What happens in other countries?

There is already a ban on kids heading footballs in the United States.

There are limitations on players aged between 11 and 13 doing headers.

How do different sports treat concussion?