Kygo: The strangest musical collaborations of all time 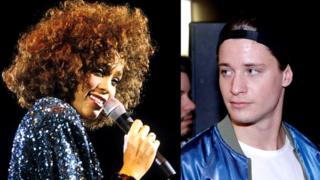 The song, called 'Higher Love', was recorded in 1991 by the music megastar but was never released before her death in 2012.

Kygo, who is famous for his collaborations with the likes of Ed Sheeran, Selena Gomez and Rita Ora, has remixed the Whitney track.

Whitney's most famous song was I Will Always Love You and she still remains one of the best-selling music artists of all time.

But what about other unusual music collabs? Let's take a look! 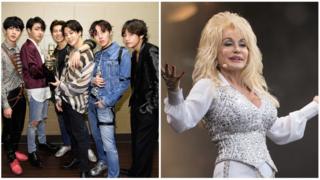 Country music legend Dolly Parton has hinted that her next song might be with the K-Pop superstars after seeing them dance to her music at the Grammys.

In a tweet she said: "Maybe my next Jolene collab will be with @BTS? What do y'all think?" 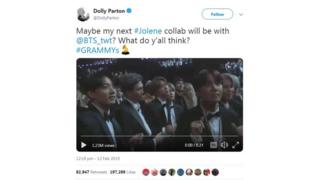 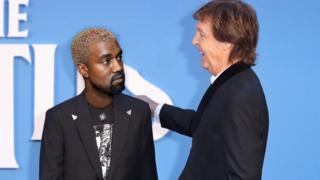 Imagine being in the room when rapper Kanye West and ex-Beatles front-man Paul McCartney decided to sit down and write "fourfiveseconds".

The unlikely collaboration brought together West, McCartney and R&B superstar Rihanna in a one-off smash hit back in 2015. It hit number one in the UK charts.

Apparently, McCartney didn't even realise it had been made into a full song until he heard it on the radio and asked Kanye where he featured in it. Kanye replied by saying he'd used McCartney's guitar playing in the song. 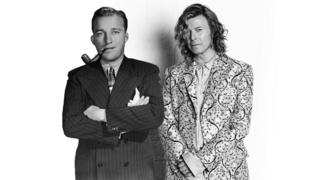 In 1977, David Bowie and Bing Crosby came together to film the unlikeliest Christmas song of all time, in their recording of "Peace on Earth/Little Drummer Boy".

Bowie was one of the biggest rock stars in the world at the time and Bing Crosby was an aging crooner who had been at his peak in the 1940s.

Bowie later admitted that he only did the song because he knew his mother liked Bing Crosby.

Crosby died a few weeks after the recording but the song lived on, becoming one of the most successful Christmas songs of all time. 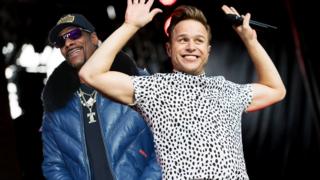 Snoop Dogg has done some unusual collaborations in his time.

But, not even the bravest man or woman would have predicted he would do a collaboration with bubblegum pop star Olly Murs.

The rap legend teamed up with Murs in the 2018 song, "Moves". To make it even weirder, it was the theme song to spy film, "Johnny English Strikes Again".

Murs admitted afterwards that he never actually got to meet Snoop Dogg. Doh! 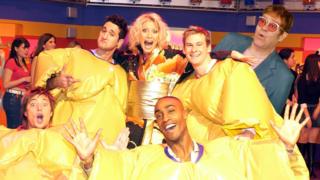 Blue might be advertising boilers these days but back in 2002 they were dueting with Sir Elton John.

When the song "Sorry seems to be the hardest word" was originally released John in 1976, it reached 11 in the UK charts.

But with the help of Blue in 2002, it managed to get all the way to number one. Not too shabby, eh? 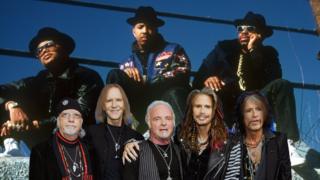 The collaboration between hip-hop group Run DMC and hard rock band Aerosmith is one of the most successful mismatches in music history.

Run DMC were a young hip-hop group trying to get recognition for rap in a mainly white dominated music industry. Aerosmith were a fading rock band who were in real need of a hit.

Together they could combine Run DMC's cool new sound with Aerosmith's profile among white music executives to create a smash hit.

The 1986 hit, "Walk this Way", became an instant classic in both America and the UK and some music experts believe it influenced rap music moving into the mainstream.