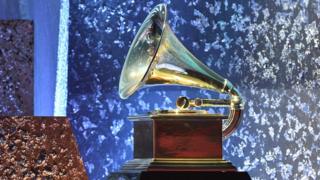 The 2019 Grammys - the biggest awards show in music - took place on Sunday in Los Angeles, USA.

But the star-studded ceremony also brought about a few firsts for many artists.

Newsround takes a look at five of them. 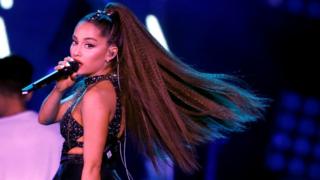 Ariana Grande, who pulled out of a planned performance after a dispute with organisers, received best pop album for Sweetener.

This was her first ever Grammy Award.

"This is wild and beautiful," she tweeted. "Thank you so much." 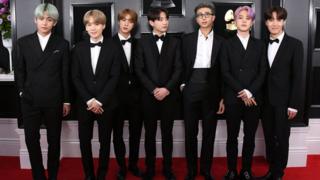 They weren't there to perform or even to pick up an award, but BTS definitely made an impact at the awards show.

The K-pop superstars made history, becoming the first Korean act to present an award at the Grammys ceremony.

They wore matching black dinner suits for the do. 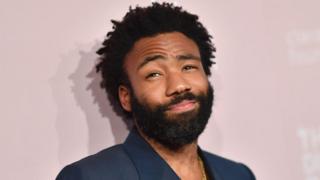 Childish Gambino - also known as actor Donald Glover - won four awards for his song 'This Is America' on Sunday.

Two of the prizes were for song and record of the year - the first rap song to win the famous awards.

But the artist didn't attend the event and reportedly declined an invitation to perform at this year's show.

At one point, host Alicia Keys awkwardly had to fill time when no-one came forward to accept the song of the year award on his behalf. 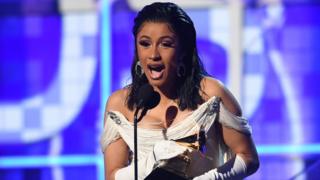 Brooklyn rapper Cardi B became the first solo female to win best rap album, for her debut Invasion of Privacy.

Accompanied on stage by her husband Offset, Cardi thanked her daughter Kulture Kiari for giving her the motivation to finish the record on time.

"When I found out I was pregnant, my album was not complete," she said.

"So I was like, 'I have to get this album done so we can shoot these videos while I was not showing.'" 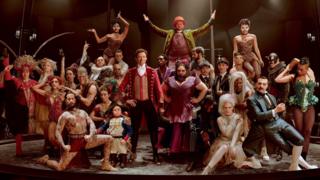 Hugh Jackman earned his first-ever Grammy for best soundtrack, along with the rest of The Greatest Showman team.

This means the actor, who plays P.T. Barnum in the movie, is one step closer to joining the entertainment world's most exclusive group - EGOT winners.

These are people who have won four different awards - an Emmy, Grammy, Oscar and Tony - for their work in TV, music, film and on stage respectively.

Jackman just needs an Oscar award to join the 15 other entertainers who have managed to complete the achievement.

Grammys 2019: The most unique outfits from the awards

Will these key achievements help you grow up?