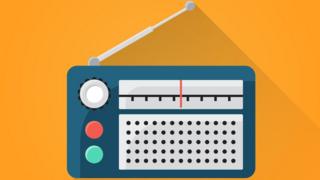 Today is World Radio Day. It's a day where people around the world celebrate radio and how it shapes our lives.

Not only can you hear your favourite pop songs and interviews with A-list celebs on the air, but radio tells us the news, shares different opinions and voices, and reaches remote communities across the world.

Radio is a way news and information can reach the widest audience in the world. Invented before television and the internet, it is the original way to communicate and it's used to quickly share information.

World Radio Day 2019 celebrates the theme of "Dialogue, Tolerance and Peace" and the power of radio in promoting understanding and strong communities.

To celebrate, here's a look at five ways radio has changed the world.

1. A new form of communication 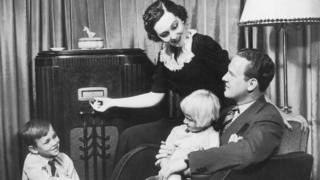 It might be hard to believe, but there was once a time when it would take weeks to find out what was happening in other parts of the world. The invention of the radio changed that forever.

In the early part of the 20th century, experiments with wireless radio were taking off, and soon news from around the world was reaching the homes of millions in an instant.

The first radio news program was broadcast on August 31, 1920 by station 8MK in Detroit in the US.

Before it became an everyday household item, providing the soundtrack to our car journey's, radio was used as a means of communication and navigation for pilots, ship captains, truck drivers, law enforcement, emergency services and many more.

It transformed these industries and revolutionised the way the world communicated. 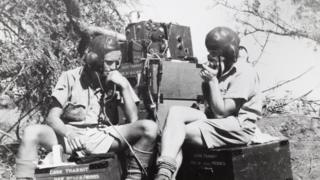 Getty Images
Here two British soldiers communicate with base whilst on a field operation in East Africa, during World War Two.

During World War Two, radio became an important way for the military to communicate what was taking place on the frontline.

People around the world would sit beside their home radios and await news.

Radio also played a vital role in broadcasting information within secret underground resistance movements in France, Belgium and Denmark in the 1940s. These organisations were fighting against the Nazi's who had taken over their countries.

And it became a way for politicians to talk to us directly. Perhaps one of the most famous radio announcements ever made was that of Prime Minister Neville Chamberlin on 3rd September 1939, telling the nation that Britain was at war with Germany. 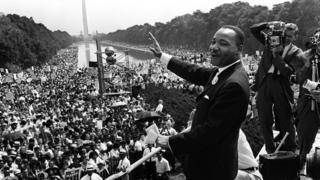 Getty Images
US civil rights leader Martin Luther King waving from the steps of the Lincoln Memorial to supporters on the Mall in Washington, DC in 1963

Radio has captured some of the biggest moments of the 20th century. The struggle for civil rights in America is one of them.

One of the most famous radio broadcasts is Martin Luther King's 'I Have a Dream' speech, which described a vision of racial equality in America that inspired millions.

At the time black people were treated as second class citizens and King wanted that to change.

In some parts of the country they weren't allowed to use the same schools, diners, cinemas or even public toilets as white people.

His speech marked the defining moment for the American Civil Rights movement and the radio broadcast helped to tell the rest of the world about their struggle for equality. 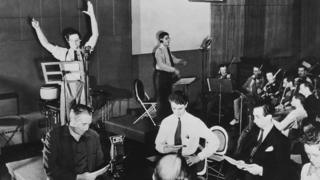 Keystone-France/Gamma-Keystone via Getty Images
Orson Welles (with the microphone) rehearsing one of his radio programs on CBS.

Ever listened to a play on the radio and thought it sounded oddly like real life? Well, on 30 October 1938 there was a live broadcast of The War of the Worlds which dramatised a Martian invasion of Earth - and it's claimed that millions of listeners believed it was real!

It was directed by Orson Welles and was presented mostly as a series of news bulletins.

The event made the headlines and it was widely reported that many terrified citizens fled their homes, with some papers reporting that 'Radio Fake Scares Nation'. However the mass panic was later proven to be a myth.

Believe it or not, this was a big moment in the history of radio tricks. 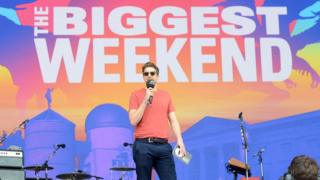 With the popularity of music streaming and music videos on YouTube, you might think that radio is dead. However tuning in to the radio is still a trusted favourite for millions of people.

In recent years, it has started to include things like podcasts and BBC Radio 1 and Capital FM have moved into the world of music festivals, putting on their own events with popular stars like Taylor Swift, Little Mix and Liam Payne performing.

Radio was major in shaping the music industry as we know it today. In the 1950s it was the only way to hear the hits and being heard on the radio was vital to the success of an artist.

Countless artists and record labels have praised radio stations for their role in bringing the public to new music, driving album sales, and filling concert venues.

Still today we flock to listen to the Top 40, discover new artists, and share our views about the latest singles.

It might be the oldest form of mass media, but radio certainly isn't going anywhere!

Young Arias to celebrate youth radio by under 18s

Martin Luther King: 7 speeches that changed the world in the 20th Century