Insects can be so tiny we might not always think about them, but they play a really important role on our planet.

Many birds and reptiles rely on them for food and they also help with pollination.

But the number of them is going down. 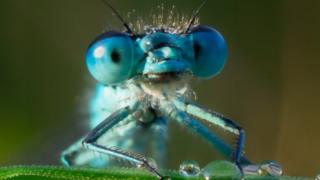 Getty Images
Researchers say "a considerable proportion" of some species, which include dragonflies, have already been lost.

New research has been looking at historical reports of insect declines from across the globe.

They've also been looking at the reasons why it's happening.

Some insect species are increasing though. 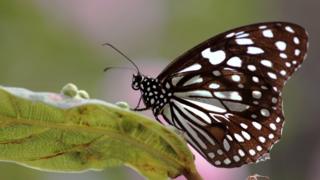 Getty Images
Butterflies and moths are amongst the worst affected insects.

The research, published in the Biological Conservation journal, found that 40% of the world's insect species could become extinct over the new few decades.

That means they wouldn't exist any more.

The researchers say there are a number of reasons for the drop, including loss of habitats because of intensive agriculture and climate change.

Scientists find out how insects boost their smell

Insects: Would you eat a plateful of these?

Liverpool: How slavery shaped our cities

Should schools do more outdoor learning?

Are you wearing something yellow to school?