Is school starting "too early" making teenagers "too tired"? 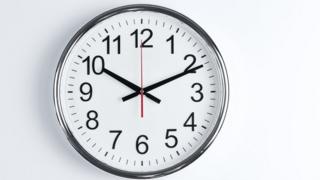 Getty Images
Would this be a good time for school to start at?

Hearing the alarm go off in the morning and knowing you have to get up for school often isn't our favourite part of the day.

But would it help if you had a bit longer in bed?

Many schools start at 09:00 and some even earlier, but today MPs are debating whether secondary schools should instead start at 10:00.

What makes a good school?

Should your school do homework differently?

Your Say - Should mobile phones be banned in school?

It's all because of an online petition signed by more 179,000 people, which claims "teenagers are too tired due to having to wake up very early to get to school".

The petition argues: "The government should require secondary schools to start later, which will lead to increased productivity at school."

The French government has already considered doing something similar in some schools in Paris, by pushing the school start time forward from 08:00 to 09:00.

Any petition that manages to get more than 100,000 signatures is put before the UK Parliament to be debated.

But because education is devolved to the Northern Irish and Welsh assemblies, and the Scottish Parliament, the debate will be focused on schools in England.

Is it likely school will start later?

In response to the petition the Department for Education says it's up to each individual school to decide when they start and finish, as well as their timetable and duration of their school day.

It added: "The Department has not made an assessment of these decisions taken by individual schools. We trust head teachers to decide how best to structure their school day to support their pupils' education."

Do we need more sleep? 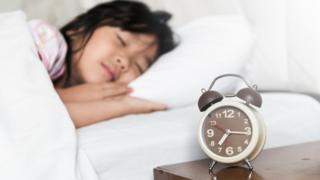 Back in 2015 UK scientists said that starting school at 10:00 could have huge benefits for teenagers.

Some schools have tried out starting later before.

In 2014, students in the sixth form of Hampton Court School in Surrey began lessons at 13:30 and finished at 19:00 in a trial to see if it improved concentration.

What do you think about the idea? Would you like to start school later, even if it means finishing later?

Phones: Should mobiles be banned in school?

Homework : Should your school do it differently?