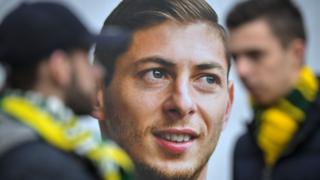 Footballers and fans have been sharing their thoughts and prayers with the family of Emiliano Sala.

Police have now confirmed that the Nantes footballer died after his plane crashed into the English Channel.

He had been travelling to Cardiff City, the football club where he had just been signed.

Plane crashes like this are very rare - and many people are shocked that this has happened.

Lots of people have been sharing their thoughts and prayers with Sala's family.

What do I do if I'm upset by the news?

There are things you can do if you're upset by the news. 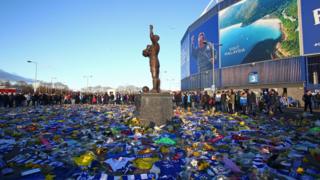 The Cardiff City footballer had been missing since 21 January.

After police had decided to stop the search, fans raised £260,000 to fund a private search for the player. 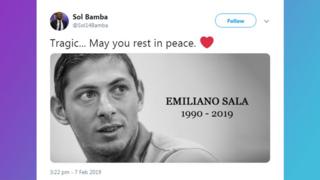 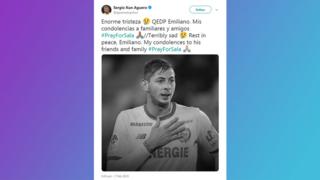 The Argentine striker, aged 28, was one of two people on board.

Cardiff signed Sala for a club record £15 million after the striker scored 13 league and cup goals for Nantes this season. 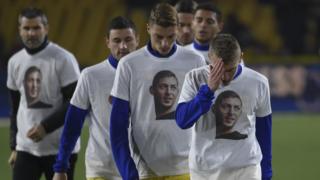 Getty Images
Players at Sala's former club, FC Nantes, put on t-shirts with Sala's face as a tribute before their match against AS Saint Etienne.

Remember to always speak to an adult you trust if you are upset by the news.

You can find out more here.