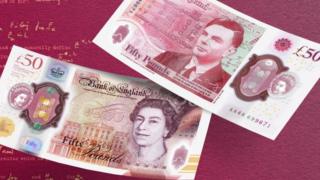 Reuters
The note will go into circulation in June this year

The design for the newest £50 note, which celebrates the life of computer pioneer and codebreaker Alan Turing, has finally been revealed by the Bank of England.

It features a photo of the scientist which was taken in 1951, a table and mathematical formulae from one of Turing's most famous papers first published back in 1936 and the quote: "This is only a foretaste of what is to come, and only the shadow of what is going to be" which the mathematician gave during an interview in 1949.

The note will go into circulation on the 23 June, which is the day Alan Turing was born.

It's the last of the Bank of England's notes to be made from the thin plastic know as polymer and it means the Bank has now completed it's switch over from paper.

However, old paper £50 notes will still be accepted in shops for some time.

Find out more about Alan Turing below.

Meet the woman who designed the Oxford coronavirus vaccine

Scientific discoveries that changed the world

Here are some of the coolest jobs engineers can have 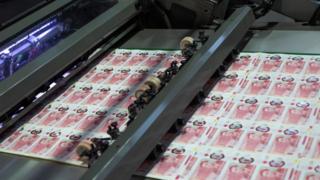 Reuters
The note is made from the material polymer
Who was Alan Turing?

Alan Turing was a mathematician who cracked codes during World War Two. It is thought that Turing and his fellow code-breakers shortened the war by several years.

He worked for the British Government's Code and Cypher School before World War Two broke out.

In 1939, he began working at Bletchley Park in Buckinghamshire, where top secret work was carried out to crack Germany's military codes. 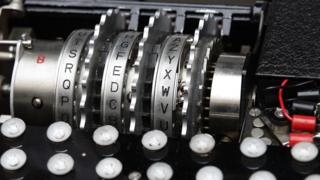 Turing's main job at Bletchley was to crack something called the 'Enigma' code. The Enigma was a type of machine used by the German army to send secret messages.

Turing and another code-breaker called Gordon Welchman invented a machine known as the Bombe. This device helped to significantly reduce the work of the code-breakers.

During his life, he worked almost entirely in secret and it wasn't until long after his death that the legacy of his life and work came to light. His war-time efforts had a huge influence on the development of computer science and artificial intelligence.

Today he is the most celebrated figure of the 20th Century, a father of computing, war hero and genius.

What is the Alan Turing law? 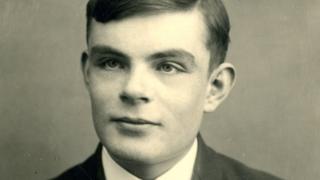 Alan Turing was gay and, in 1952, he was arrested because of this. Being homosexual was illegal in Britain at this time.

In 2013, he was pardoned for this 'crime'. Being pardoned after death is called being posthumously pardoned.

In 2017, the government agreed to officially pardon men accused of 'crimes' like this, meaning they will no longer have a criminal record.

This pardoning has come to be known as the Alan Turing law.

Thousands of gay and bisexual men pardoned for 'crimes'

Could these girls be future spies?