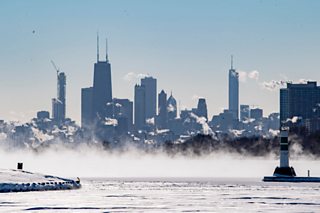 You might think it's been pretty cold here in the UK recently, but in parts of America it's been even cooler.

A polar vortex - a spinning pool of cold air - has caused temperatures to drop to below -20 degrees in some parts of the US Midwest.

The cold weather has caused lots of problems. Some flights have been cancelled or delayed while snow and ice has built up on roads making travel difficult.

At least eight people have died because of the severely cold weather.

BBC reporter Harry Low is in Chicago where temperatures have dropped to -30 degrees.

He tried out a stunt in which you throw boiling water in the air and it freezes instantly. DON'T TRY THIS AT HOME. It could be dangerous and only works in extreme low temperatures. 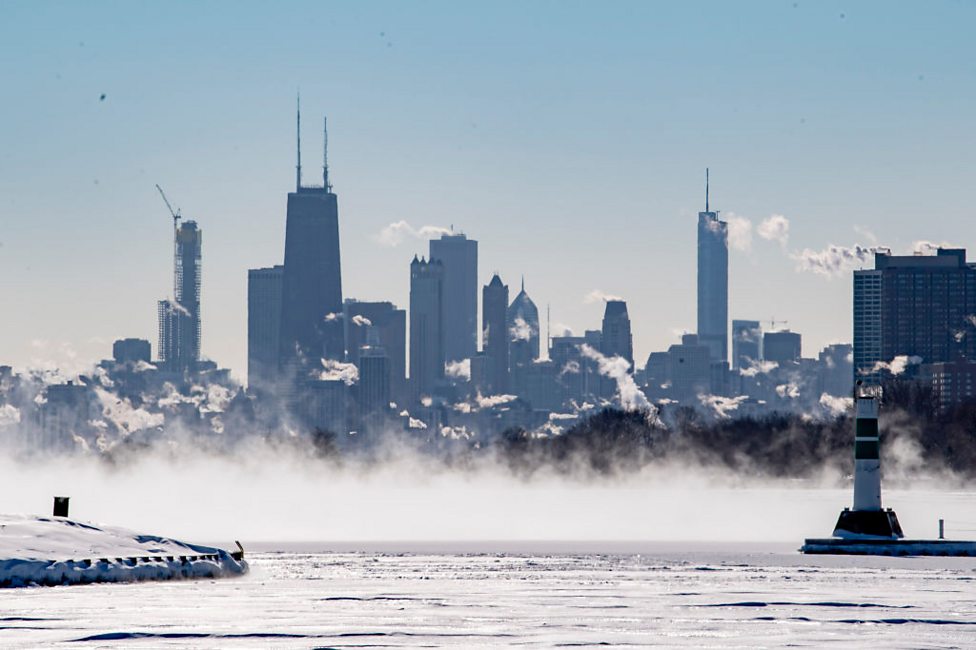