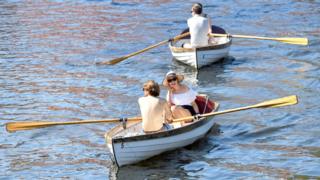 Yesterday marked the hottest late August bank holiday Monday ever, with temperatures soaring across the UK.

The Met Office confirmed that the highest temperatures were:

On Sunday, the record for the hottest late August Bank Holiday weekend was broken, with a high of 33.3C.

The UK has experienced some incredibly hot weather recently, with sunshine, blue skies and sweltering heat.

Read on to find out more about record-breaking weather around the world.

Find out more about the weather

What are the different weather warnings?

How do we forecast the weather?

At the end of July, it was reported that the hottest July temperature for the UK ever recorded was registered in Cambridge.

But shortly afterwards, the Met Office confirmed that the area did in fact break the record for the hottest temperature ever recorded in the UK, during any month.

A botanical garden in Cambridge recorded a massive 38.7C, beating 2003's record of 38.5C which was recorded in Faversham in Kent. 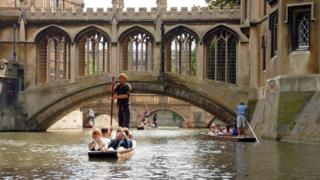 In July, Cambridge recorded the UK's highest ever temperature

Staff at the gardens took to Twitter on Thursday after they discovered how hot it had been, saying: "No wonder - we all felt as if we'd melted."

The UK wasn't the only country to break its hottest temperature record that week. Belgium, Germany and the Netherlands all broke their records too.

It may have been warm in the UK recently, but the hottest temperature ever recorded was 56.7C on 10 July 1913 in Furnace Creek in California, US.

The highest temperature ever recorded in Europe was 48°C in Athens in Greece on 10 July 1977. 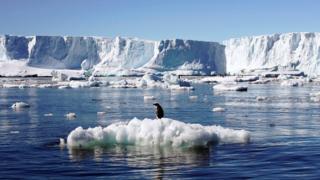 The European record for lowest temperature is currently held by Ust 'Schugor in Russia where temperatures plummeted to -58.1C on New Year's Eve in 1978.

Most rain in 24 hours

This record is held by an island in the Indian Ocean called La Reunion, which experienced 1825mm of rain between 7 and 8 January 1966. 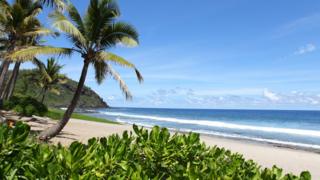 Getty Images
La Reunion is a beautiful island in the Indian Ocean, which holds the record for most rainfall in 24 hours

According to the Met Office, the average UK rainfall for the whole of 2018 was 1064mm, so means the island experienced more rainfall in one day than the UK did in an entire year.

Here in the UK, we're familiar with conditions being a little breezy.

But we haven't seen anything like the wind experienced on Barrow Island in Australia on 10 April 1996, when wind speeds hit 408 kph. That's faster than the fastest Formula 1 car has ever gone.

The winds were recorded when the severe tropical Cyclone Olivia hit the area.

It's lovely having nice weather in the summer, but imagine not having any rain for 172 months. That's over 14 years!

Well, that's exactly what happened in Arica in Chile between October 1903 and January 1918.

The area holds the record for the lowest average annual rainfall, with around just 0.8mm of rain each year. (Remember, the UK had 1064mm during 2018!) 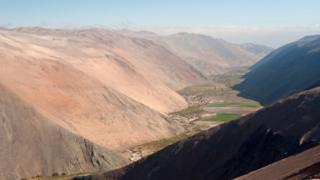 Getty Images
Arica in Chile went 172 months without any rain

In 1972, the UK went three months without rain and appointed a minister for drought, Denis Howell, to deal with the situation.

He came to be nicknamed the minister for rain, though, as the day after he took up the position, it rained for the next two months!

We might have seen some large hailstones in the UK , but these are nothing compared to those recorded in Gopalganj in Bangladesh just over 30 years ago.

On 14 April 1986 a hailstone weighing 1.02kg took its place in the record books. That's like a pineapple falling from the sky!

Lightning storms are quite a spectacle. But imagine if you were fortunate enough to witness the longest-lasting lightning flash? 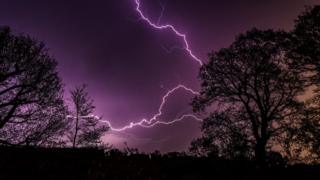 It went on for a whopping 7.74 seconds and took place in the Provence-Alpes-Cote d'Azur in France on 30 August 2012.

The longest flash in terms of the physical length of the lightning was a 199.5-mile-long bolt recording during a storm in Oklahoma, US on 20 June 2007.

Polar vortex warning as US freezes over

It's snowing! We want photos of the snow where you live

Snow today: Find out what the weather story is where you live